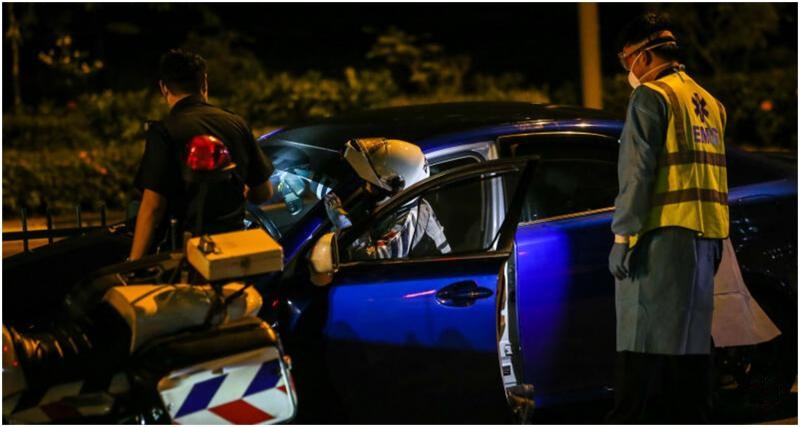 Car Crashes in Ang Mo Kio with Wheels on Fire

On Tuesday (12th May) at around 7.16pm, a car with its front wheels on fire crashed into the road fencing along Ang Mo Kio Ave 8.

According to eye witnesses, the driver of the car did not stop even as the front wheels were on fire. The driver eventually lost control of the car, and crashed into the fencing of the road divider.

Police officers arriving at the scene questioned the driver, and searched his car. The police found several bottles of what appeared to be cough syrup, as well as some white powdery substance.

The police confirmed that a 36-year-old man was arrested for driving under the influence of drugs. Investigations are ongoing.