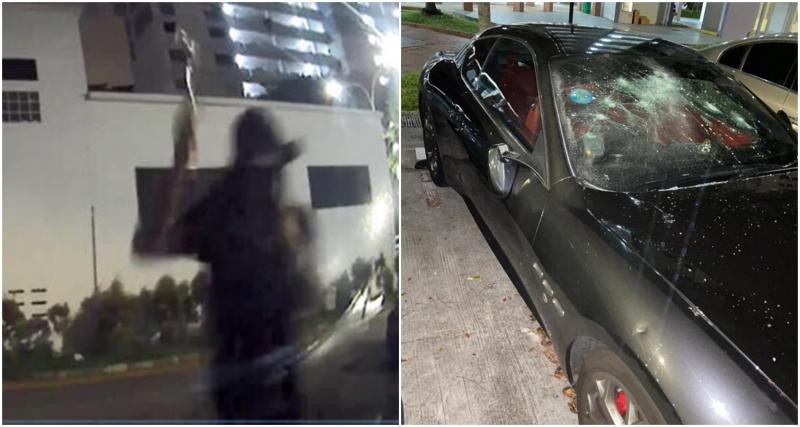 A businesswoman who refused a business deal ended up having her Maserati sports car smashed up by a masked man.

This incident happened last Saturday (9th May) at around 5am at the open-air carpark of Block 538 Ang Mo Kio Ave 10.

According to the businesswoman Suba (27-years-old), she suspects that her car was smashed by two brothers who got offended when she rejected their business deal two weeks ago.

Narrating the incident, Suba said she received a phone call from the two brothers 30mins before the incident, threatening that her car will be smashed if she did not come down for a “discussion”. As it was the circuit breaker period, Suba firmly refused.

It was not long after that the police came to her home to tell her that her car had been smashed.

From the footage captured by the Maserati’s in-car camera, a masked man could be seen smashing up the car with a hammer. Suba said that the repair costs are estimated to be around $20,000.

The police have classified this incident as a case of mischief and are currently investigating.

Car Crashes in Ang Mo Kio with Wheels on Fire