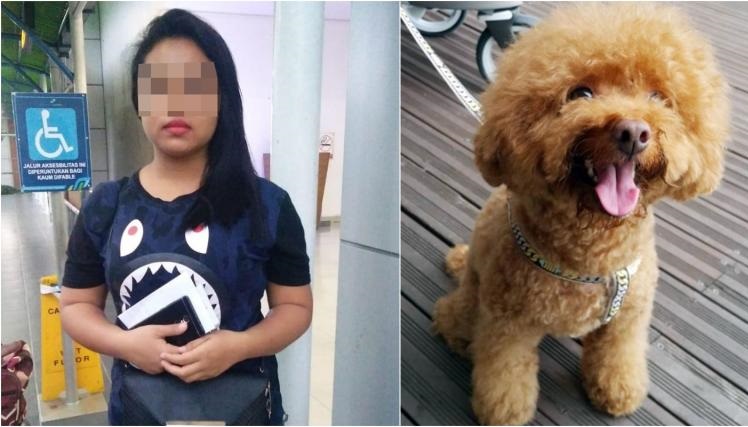 Domestic Helper Throws Poodle Off Third Floor of House, Pretends to be Innocent and Informs Employer that Poodle had Accident

A domestic helper is suspected of throwing her employer’s pet poodle of 11-years from the third storey of the house, and pretending to be innocent before informing the employer.

The incident happened on 13th May 2020 at around 9am at a three storey terrace house located at Sunrise Walk. According to the employer 36-year-old Mr Xu (who moved here from Hong Kong), on the morning of the incident, his domestic helper suddenly ran to him saying that his pet poodle was lying motionless in the front yard. When Mr Xu went to look at his poodle, it was already bleeding from the mouth.

The pet poodle was immediately rushed to an emergency animal hospital. The vets found that the poodle had sustained serious injuries, and was unlikely to survive and recommended that Mr Xu euthanize his poodle to prevent it from suffering any further.

According to the vet, the poodle had sustained injuries that could only be caused by a car accident or a fall from a great height. It was then that Mr Xu became suspicious of the domestic helper.