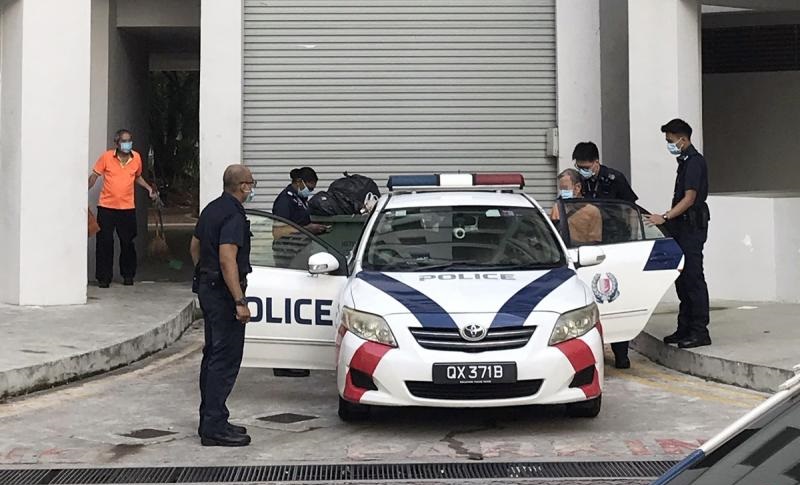 A 73-year-old man threatened to kill his son with a knife after the son tried to clear the belongings of his deceased mother.

This incident happened on Tuesday (9th Jun) at around 9am at Block 314 Yishun Ring Road.

Speaking to reporters, the man’s son (who wishes to remain anonymous) revealed that his mother had passed away 5 years ago from illness, leaving him and his father behind in the household. He has a elder brother and a younger sister who moved out after getting married.

He mentioned that on the morning of the incident, he was in the kitchen trying to clear some old plastic bags and a yellow tooth brush belonging to his mother, when his father suddenly threatened to kill him with a knife if he did. Fearing for his life, he immediately called the police on his father.

According to the police, the 73-year-old man was arrested for criminal intimidation. Investigations are ongoing.

Domestic Helper Throws Poodle Off Third Floor of House, Pretends to be Innocent and Informs Employer that Poodle had Accident