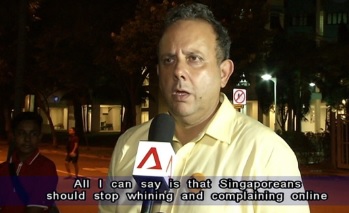 Reform Party’s Kenneth Jeyaretnam voiced that it will be unfair to him if Singapore were to have an election soon. People would have to worry about not just COVID-19 but the already “draconian restrictions” on political campaigning.

He is upset with the recent series of speeches by PM Lee Hsien Loong, Heng Swee Keat, Lawrence Wong and Teo Chee Hean as he thinks that they are making use of the chance to campaign. “If Singapore had even the semblance of an independent Elections Commission, as in genuine democracies, then this would surely have been judged illegal.”

He also claimed that Singapore does not have independent media outlets that can give other politicians, like him, enough exposure.

These factors, combined with his perceived unfairness of the GRC system, will make things difficult for him should there be an election in the upcoming months.

Nevertheless, he is certain that Singaporeans will elect a “real opposition” as they need someone to ask tough questions in a time when the government has done less than “any other rich country” in the world.

Sure, Singaporeans gladly welcome good opposition politicians who can improve our lives, but will that “real opposition” involve him?