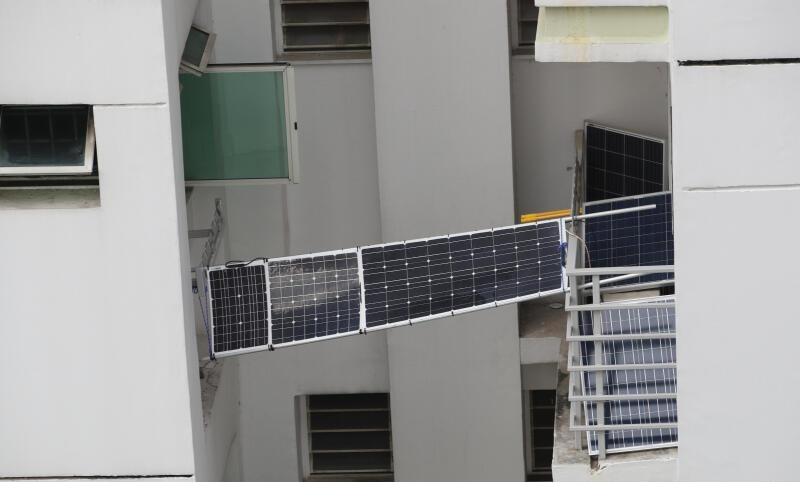 According to eyewitness reports, the owner of a HDB flat is believed to have illegally installed make-shift solar panels outside his home.

The HDB flat in question was a 8th storey unit located at Block 202A Punggol Field. The solar panels, some of which were over 2 metres in length were haphazardly placed on the air-con ledge and tied to laundry hanging rack using ropes.

According to a resident living in the opposite block, the solar panels were installed around 6 months ago. Some residents living nearby voiced their concern over the safety hazard caused by these solar panels.

Reporters who interviewed the occupants of the HDB flat understands that the solar panels were installed by an engineer who lost his job a few months ago to help his family save electricity.

According to regulations, the installation of solar panels in HDB flats requires a permit, and has to be fitted according to strict standards to ensure safety.