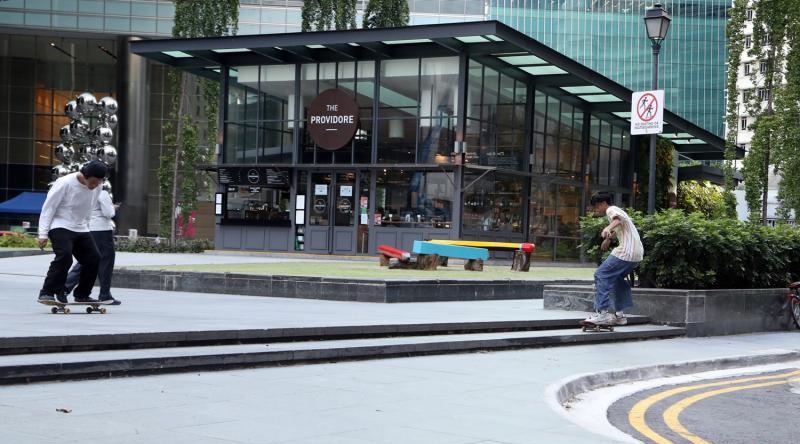 Teenagers Ignore No Skateboarding Sign Outside Raffles Place MRT Station, Says Its Okay to Skate if there’s No One Else There

Last Sunday (19th Jul), three teenagers around 15-years-old and a 31-year-old clothing designer were spotted skateboarding outside the Raffles Place MRT station. The group were knowingly skateboarding in the area which had signs explicitly prohibiting skateboarding.

When interviewed, the 31-year-old clothing designer admitted that he saw the “no skateboarding” signs, but insisted that it was okay as he and his group of friends only skateboard when there’s no one else around, and are careful not to knock into any of the public benches.

Reporters who arrived at Raffles Place MRT station at around 10pm, saw one person skateboarding, a 23-year-old software engineer. When interviewed, the 23-year-old said that he and his group of friends often get mistaken for wanting to cause trouble when they skateboard there. He says that they are just looking for a quiet place to skateboard, and are not trying to cause any trouble.

Man Who Posted About 82 yo Aunty: Stop Harassing Her, She Doesn’t Need More Attention

US Based Singaporean Activist Melissa Chen Who Once…