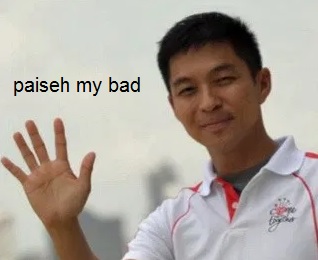 Speaker of Parliament Tan Chuan-Jin was told off by a resident for not using proper salutations (e.g. Dear, Yours Sincerely) in his email. He explained that it was not intentional and asked for Singaporeans to be more understanding if he comes across as too casual.

The resident had originally sent an email with feedback on municipal issues, to which Tan Chuan-Jin responded:

Thanks for the feedback. Will work with TC and the grassroots to see what else we could do. Tks

That was enough to piss the resident off.

To whomever replied my email:

Your response lacks basic respect and rather shocking. No proper salutation and proper sign off. If this is the sort of management we’re having, I must say it is very disappointing.

He clarified that he often has to go through voluminous queries, which is why he may sometimes sound casual or even forget to reply. He wants to let people know that he does not mean disrespect. He urged those with more pressing issues to write to his MPTC or Parl email.

Teenagers Ignore No Skateboarding Sign Outside Raffles Place MRT Station, Says Its Okay to Skate if there’s No One Else There