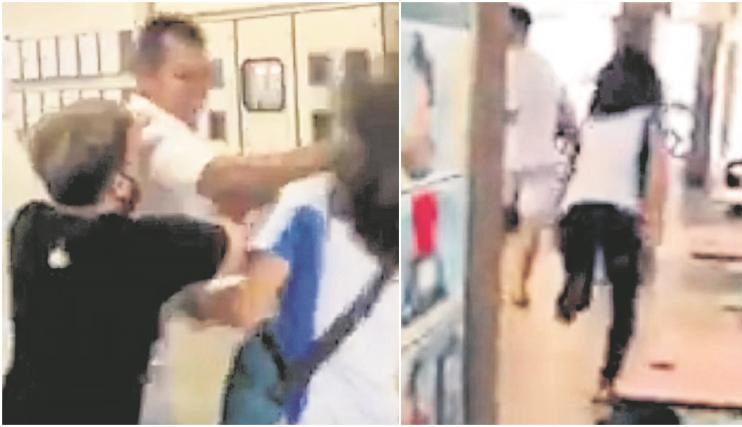 Last Friday (24th Jul), a fight broke out between a man and woman at the Telok Blangah Crescent Food Centre at around noon.

The fight apparently started when the man started scolding vulgarities at someone for allegedly staring at him. A woman who was unhappy that her friend had been scolded went up to confront the man.

From a video taken by a witness at the scene, the woman was seen pressing her finger at the man’s chest repeatedly, and later mocking him for drinking his can of beer, calling it dog’s piss.

This made the man so angry that he punched the woman on the left side of her face, causing her to fall to the ground. However, the woman was unfazed by the sudden punch, and gave chase to the man as he was leaving the scene.

Stall owners at the food centre who were interviewed, said that they did not know what happened after the man and woman left the scene.