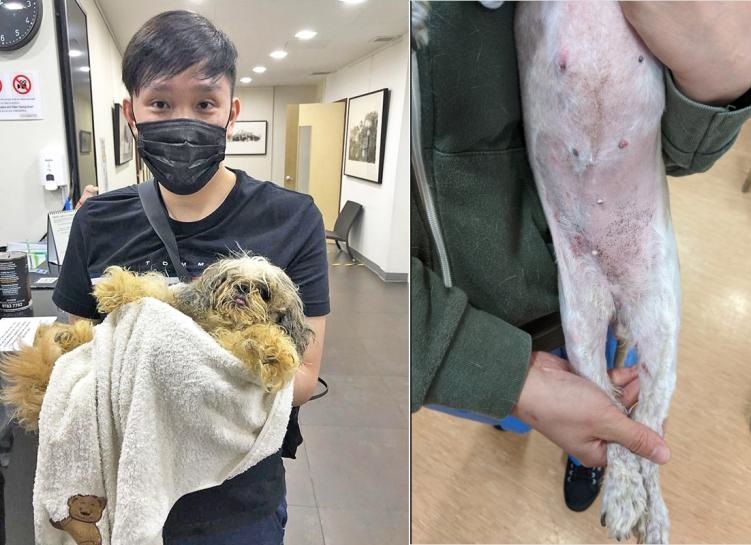 Last Saturday (25th Jul), founder of HOPE Dog Rescue Fiona Foo saw a Facebook post from her friend Fabian Ang, which mentioned that he found an abandoned puppy outside his home at Block 195A Punggol Field.

It was around 11.30pm at night when Fiona rushed down to meet Fabian at his home. By then the puppy looked weak and was having difficulties breathing. The puppy was immediately sent for emergency treatment at a 24 hour animal hospital.

The puppy was found to have overgrown claws and was unable to walk, had barely 20% of vision left in its eyes, and had a 15cm long scar on its body. The puppy was discharged three days later, and is in a stable condition.

Man Who Posted About 82 yo Aunty: Stop Harassing Her, She Doesn’t Need More Attention