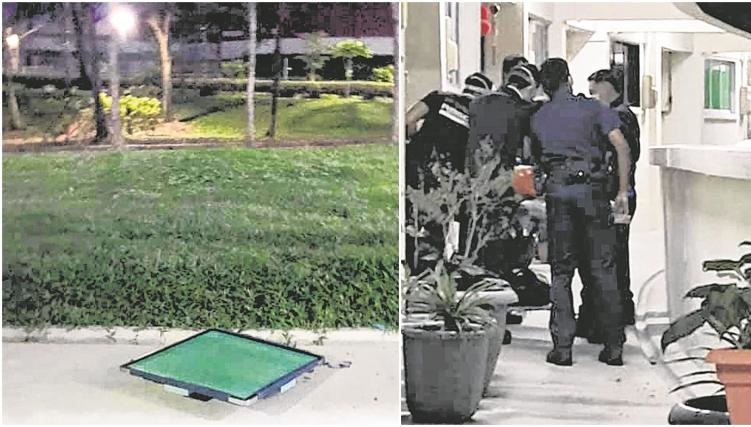 A 52-year-old man got so agitated that he threw his neighbour’s mahjong table which was placed along the corridor, down from the 12th floor of his HDB block.

This incident happened on Saturday (1st Jul) at around 6.51pm at Block 58 Chai Chee Drive.

A picture of the smashed up mahjong table which landed at the ground floor was posted on Facebook. It was also mentioned in the Facebook post that this wasn’t the first case of high rise killer litter in the Block.

According to a resident staying in the same block, two police officers were seen going up to the culprit’s HDB unit that night.

The police have confirmed that a 52-year-old man has been arrested under the Mental Health (Care and Treatment) Act.