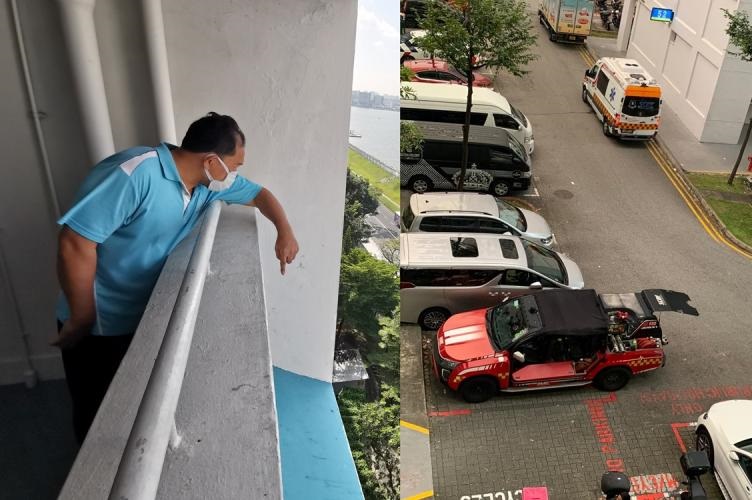 This morning (18th Sep), a 31-year-old man was spotted standing dangerously along the corridor ledge of a HDB block. Some residents of from the area were seen trying their best to dissuade the man from jumping down.

This incident happened at Block 51 Teban Gardens at around 4am this morning. A cleaner had spotted a man standing along the corridor ledge at the 12th floor, and immediately sought assistance from a resident of the block.

The 31-year-old man who spoke fluent English appeared calm and composed, and was wearing a face mask, seemingly to protect his identity.

The Police and the SCDF who arrived shortly after, spent over two hours trying to rescue the man, before they finally succeeded.

According to the police, a 31-year-old man was arrested at 6.10am this morning and sent conscious to Ng Teng Fong Hospital.

87-year-old Man in Tampines Charged Over $4000 for a Facial Session, Salon Staff Claims He Also Asked for “Special Service”