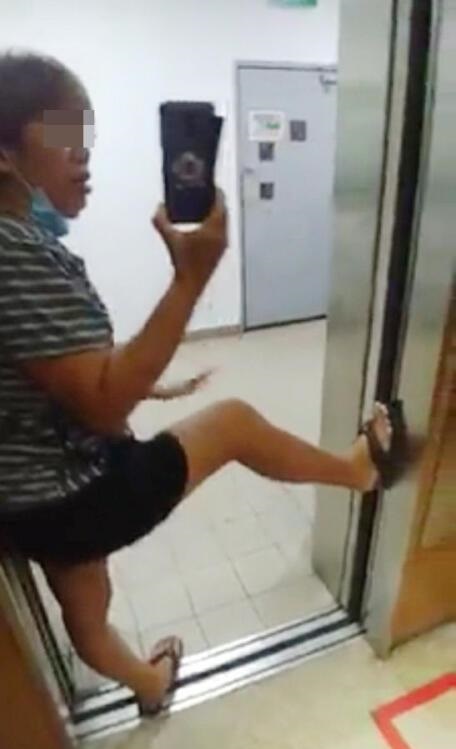 Woman in Balestier Condominium Stops Deliveryman from Leaving Lift, Accuses him of being Rude for Barging Into Condo

Recently, a video of a woman blocking a deliveryman from leaving the lift was shared on Facebook.

According to the original poster of the video Abbas, the woman had accused the deliveryman of being rude, and stopped him from leaving the lift to make his delivery.

This incident happened on Wednesday (7th Oct) at around noon at the Balestier Point condominium.

In the video, the deliveryman from Qxpress could be seen pleading with the woman to let him pass, telling her that he has over 100 more packages to deliver in 80 different locations. However, the woman refused to budge and demanded for the condominium security guards to come and even wanted to call the police.

According to the woman, the delivery man did not register himself at the security counter and had barged into the condo premises when she opened the gate to head out.

The police arrived shortly and taken statements from both parties.