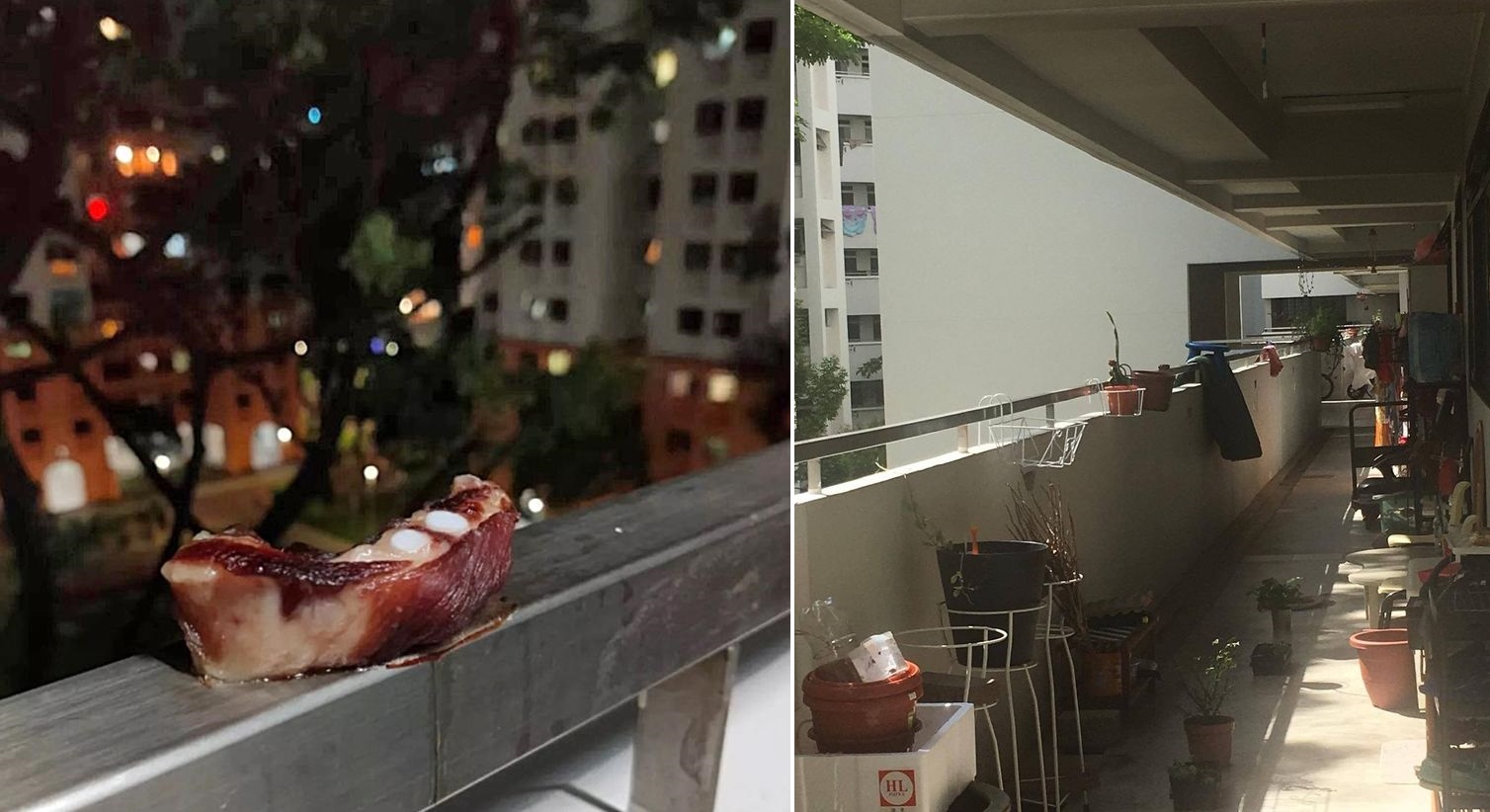 52-year-old Uncle in Sembawang Clarified that he left Piece of Raw Pork on Corridor Railing to Feed Crows, Not to Make Dried Pork

A resident staying in Block 478 Sembawang Drive took photos of his corridor and posted them on Facebook group “Complaint Singapore”, complaining that his neighbour had not only blocked the corridor with his bulky items, but also left a piece of raw pork on the railing for unknown reasons.

Some netters commented that the person might be trying to make some dried pork, but said it was a rather unhygienic way to do so.

As it turns out, the man responsible is 52-year-old Lee, who said that the pork was meant for the crows to eat. He added that he often rescues and fosters injured birds he finds outside, and he had just brought home an injured pigeon which he was currently nursing in a cardboard box. 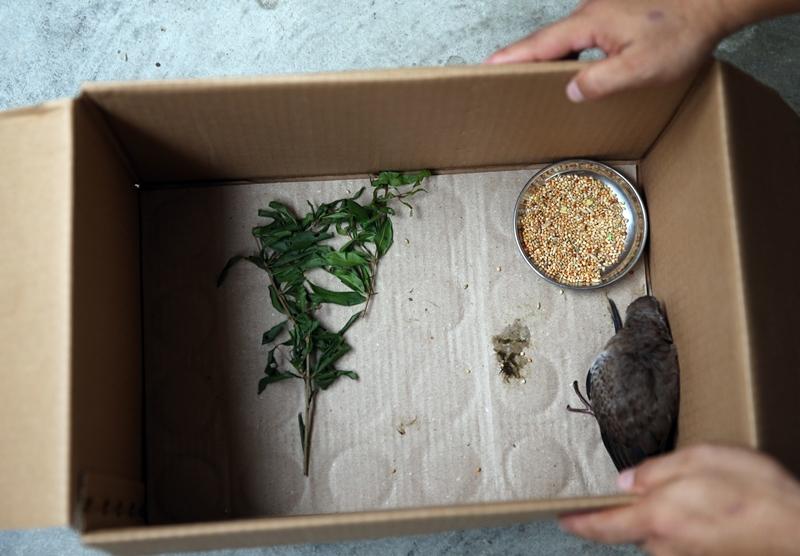 Regarding the bulky items he left along the corridor, Lee explained that is currently working part time as a Rag-and-Bone Man, and had left those bulky items there as he was too weak to move them all at once into his home. Lee clarified that he did not mean to block the corridor.

Domestic Helper Turns into Man’s Lover, Girlfriend Later Finds Out that they had a Love Child Together