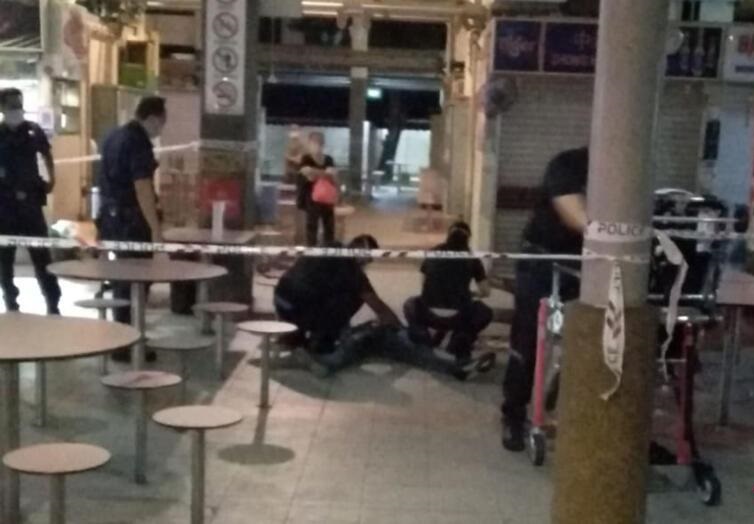 Fight Broke Out at Whampoa Food Centre Between Two Groups of People Who Got Drunk, Man Sent to Hospital with Bleeding Injuries

A fight broke out at the food centre located at Block 90 Whampoa Drive, between two groups of people last night (1st Dec) at around 1am.

According to witnesses, two groups of people were drinking beer and chatting when a disagreement resulted in a fight. Witnesses say that people were smashing each other with beer bottles, and that one man had collapsed on the floor with bleeding injuries.

Police arrived at the scene shortly and cordoned off the area for investigations, while paramedics attended to the injured.

The police have confirmed that a case of voluntarily causing hurt had occurred, and that a 29-year-old man was convened conscious to the hospital for treatment.