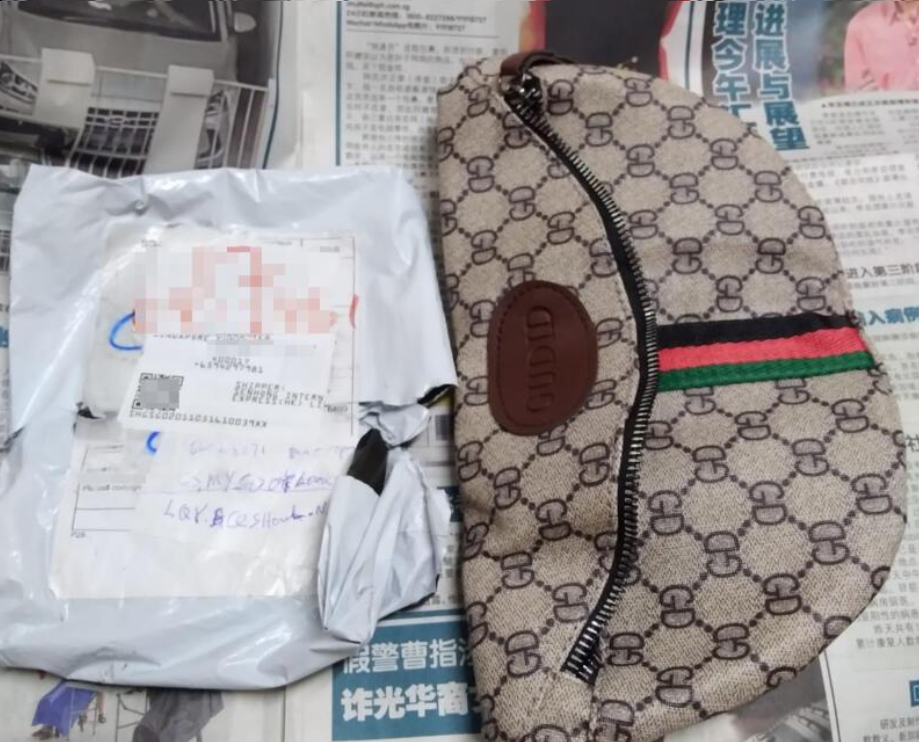 Mr Teo (69-years-old) ordered two sets of LED torchlights on 4th December through Facebook costing $36. However, last Friday (11th Dec), he received a text from a Ninja Van deliveryman telling him that his package had arrived, and asked for payment.

As Mr Teo was busy at work, he asked his landlord who was at home to help pay the deliveryman first, as he thought it might have been the LED torchlights he ordered. But when Mr Teo returned home, he was shocked to find that he had received a fake branded bag instead.

A similar case was reported on the news just two days ago (14th Dec), where a grandmother was tricked into paying $59 for a fake gold bracelet. The grandmother had thought the package was ordered by her grandson online, and made payment without asking.

Another victim, 69-year old Madam Lin, ordered a dish rack costing $41 online just last week. But when it arrived, it was a completely different set of dish rack from what she saw online.

Such scams are becoming increasingly common. Online shoppers making purchases should always be wary of such “cash-on-delivery” packages, and verify them before making payment.