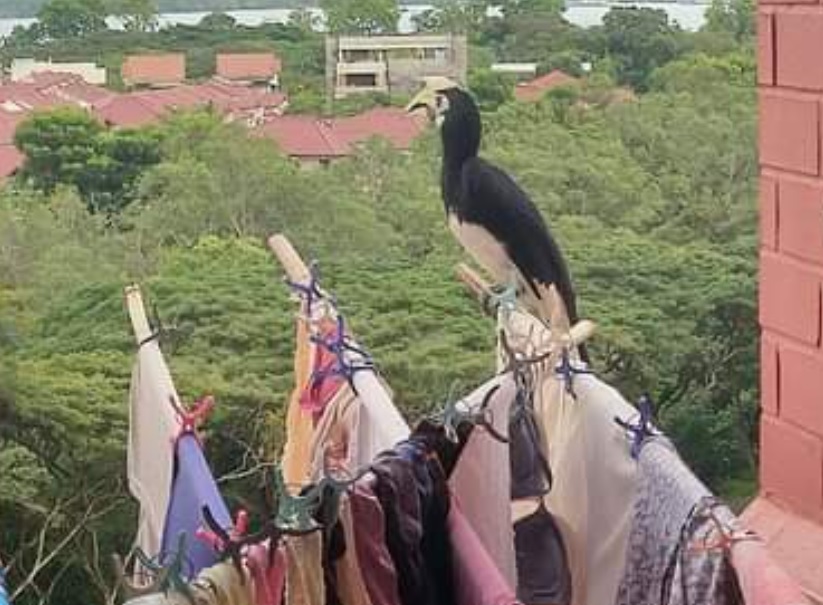 Some may think that it is cool to see hornbills around their homes, but for this Singaporean family, it turned out to be a nightmare. In fact, it was a shitty experience. “Literally shitty because they shit all over the place the moment they come in”.

The family first encountered hornbills a few months ago but this time, two of those massive birds actually flew into their house. One took a quick sweep of the place and shat all over, while the other stayed for hours and also shat all over the house. 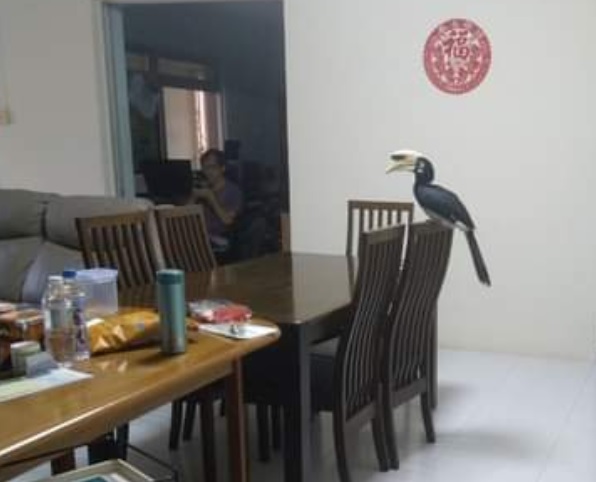 “Meanwhile the first hornbill was chilling on the bookshelf, oblivious to the distress it was causing to my family. My mum was shrieking while my father contemplated using a bamboo pole to chase it out… I used my mum’s phone to text ACRES, but they were unable to help as they were overwhelmed with calls today, though they did wish us luck…

My mum had calmed down after a while, but the hornbill decided that a change of location was necessary, so it flew to a chair we used for charging digital devices, and started shitting… After chilling for 20 minutes, it hopped over to the dining table area and waited for a long while before it launched itself into the air, flapped its wings, and headed out the open window.

The distressed family had to spend the rest of the day cleaning their house but they still could not get rid of the shitty smell. They were perplexed that the birds would fly so high (they live on the 10th floor) as they usually hang around the lower floors. However, they reckon it has something to do with the nearby forest being cut down, leaving the poor animals with nowhere to go.

“Humans take their home, they take ours!” Except that they just had to leave their shit everywhere.