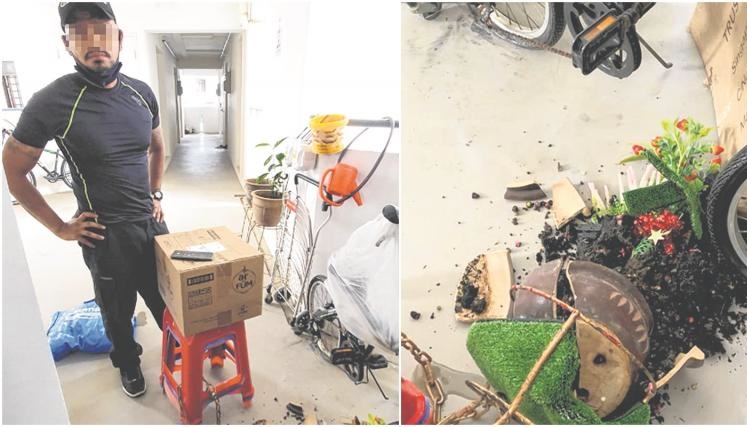 A Ninja Van deliveryman is being accused of not only breaking a woman’s lucky fengshui plant pot, but also threatening to hit her when questioned.

Speaking to reporters, 50-year-old Madam Ren who lives at Block 180C Marsiling Road, said that she made a purchase during the “Double 12” sales promotion, and was told by the delivery company Ninja Van that her order would arrive on 15th December.

However, the next day, at around 10am, Madam Ren heard a loud sound coming from outside her front door. She opened the door and saw that her potted plant had been broken into pieces, and found a delivery package from Ninja Van containing her purchase by her front door.

The deliveryman fled as soon as Madam Ren threatened to call the police. Madam Ren has since reported the matter to Ninja Van and also made a police report against the deliveryman.

Teenager in Sembawang Sent to A&E, After Getting Burnt Playing with Fire and Butane Gas Canisters