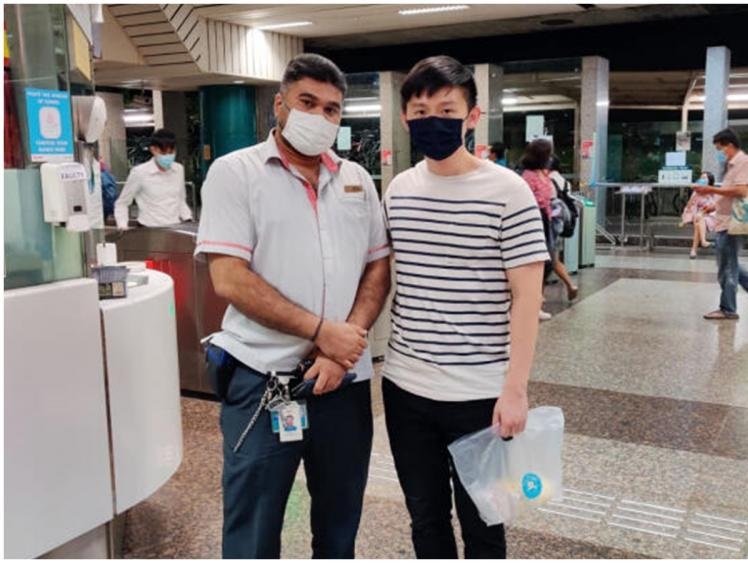 A 69-year-old man who wanted to visit his wife at Tan Tock Seng Hospital, suddenly collapsed at the MRT station. An off-duty nurse and the manager of the MRT station went forth to help the elderly man, performing CPR on him.

The 69-year-old man was sent to Khoo Teck Phuat Hospital where he passed away. According to the death certificate, the elderly man had died of a heart attack.

After settling the funeral matters, Mr Teo (31-years-old) the son of the elderly man who passed away, went to the MRT station to personally thank the station manager who helped his father that day.

According to the CCTV footage, no one came to the aid of Mr Teo’s father for nearly 5 minutes, until the station manager and the nurse sprang into action when they saw the elderly man on the floor.

Apart from the nurse and MRT station manager, there were at least 3 others who helped the elderly man. Mr Teo says he is also thankful to those strangers who tried to help his father.

Elderly Man Enraged After Being Told to Wear a Mask While Buying Coffee, Gets Arrested for Public Nuisance