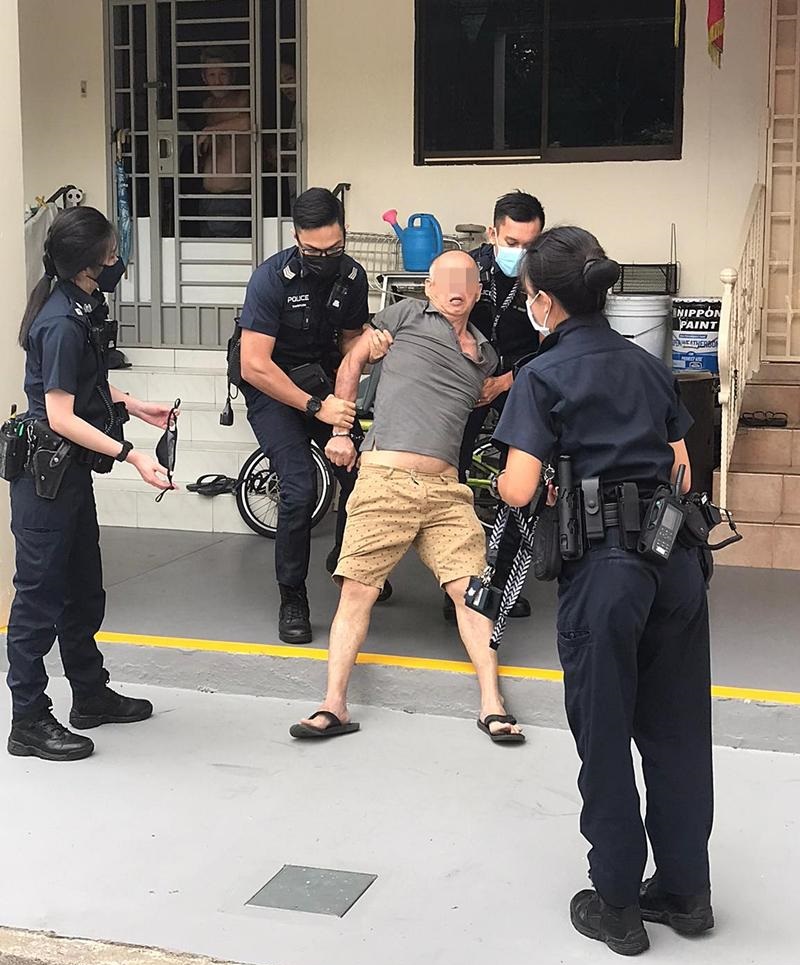 Elderly Man Enraged After Being Told to Wear a Mask While Buying Coffee, Gets Arrested for Public Nuisance

An elderly man in his 60s flew into a rage after being told to wear a mask while he was buying coffee at a coffeeshop, threatening to beat people up.

This incident happened yesterday (14th February) at around 10am, at a coffeeshop located at Block 673B Choa Chu Kang Way.

According to eye witnesses, an elderly man in his 60s was shouting at the drink stall staff and making a scene, throwing straws at a female coffeeshop employee, and threatening to beat up other patrons at the coffeeshop. It was gathered that the elderly man was buying coffee to take away, but was told by the drinks stall staff that he had to wear a mask.

According to the police, a 62-year-old man was arrested for public nuisance and causing hurt to a public servant on duty.