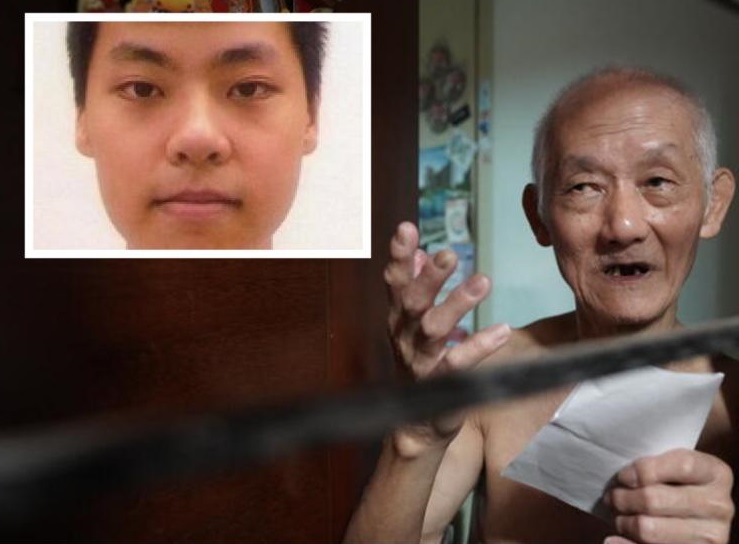 Father of Former NUS PhD Student Jailed for Assaulting his Mother: “I Only Got To Know From My Relatives”

The father of 30-year-old Andy Koh Ju Hua, who was jailed for assaulting and abusing his mother, only got to know of his son’s crimes through his relatives.

Speaking to reporters yesterday (23rd Mar) for the first time, 69-year-old Mr Koh said that he was completely unaware of the abuse that his wife suffered for three years.

Mr Koh added that he would leave for work at around 10am everyday and return at 6pm, while his wife would stay home and look after their son.

He added that his interactions with his son appear to be normal, and that he did not sense anything amiss. He now suspects that his son only started abusing his wife after he left for work.

Mr Koh said that he stopped contacting his wife after she moved out of their 4-room flat home in June last year, and applied for a protection order from the family courts.

He was later shocked to hear that his son Andy had been jailed, but did not know of the circumstance leading to this. Mr Koh only got to know about his wife’s abuse at the hands of their son, when his relatives told him to read the newspapers.

Wife of Food Delivery Rider Killed in Kovan Accident: “I Will Never Forgive the Driver who killed my Husband”