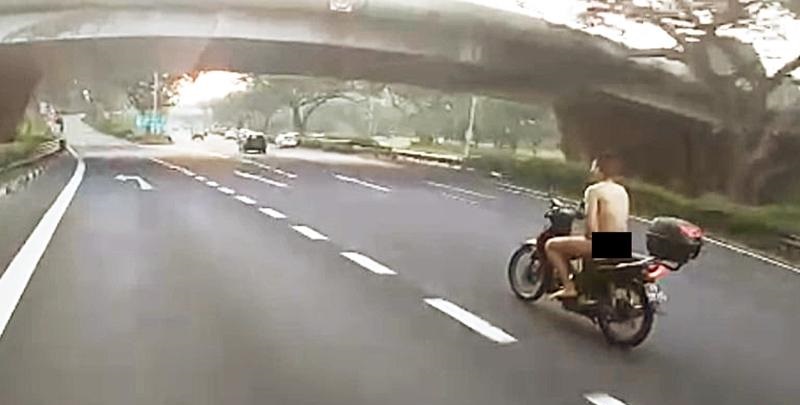 A motorcyclist who was filmed riding completely butt naked from the expressway all the way to a residential area was swiftly arrested by the police, and will be charged in court tomorrow.

The 1min 35 sec video which has since gone viral, was shared among WhatsApp and Facebook groups and pages.

According to the video, a butt naked man without even a helmet or mask, was riding his motorcycle along the PIE, and was followed by another motorcyclist filming the stunt.

The “naked rider” rode his motorcycle all the way to Bedok North Road from the PIE, and was estimated to have travelled around 5km.

When interviewed, the police said they have arrested a 24-year-old man yesterday (10th June) at around 5.45am, who was seen walking naked at around Block 212 Toa Payoh Lorong 8. The police added that the man will be charged under the Miscellaneous Offences (Public Order and Nuisance) Act for exposing himself to the public.