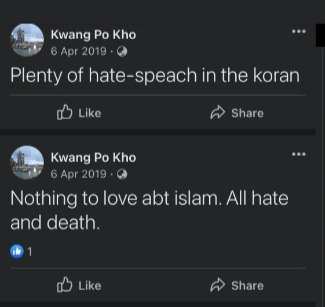 Dr Kho Kwang Po, a noted Singapore cardiologist and heart specialist was one of three doctors who co-authored and sent an open letter to the Ministry of Health (MOH), demanding that they immediately suspend the use of mRNA based vaccines (e.g. Pfizer and Moderna) for 200,000 male school children.

The open letter which was published on Dr Kho Kwang Po’s Facebook page had cited safety concerns over the the use of mRNA vaccines, and its potential ill effects on male children.

But more shocking than the open letter was the discovery of a post on the Hardwarezone (HWZ) forum, which pointed out that Dr Kho was in fact extremely Islamophobic.

The HWZ forum post contained several screenshots taken of Islamophobic and anti-Muslim/Islam Facebook posts made by Dr Kho between 2016 and 2019. 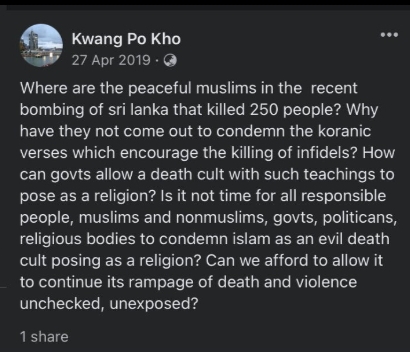 Among other things, Dr Kho had called Islam a death cult with a penchant for death and violence, and that the religion (Islam) was all about hate and death. Dr Kho even went as far as calling the Prophet Muhammad a pedophile. 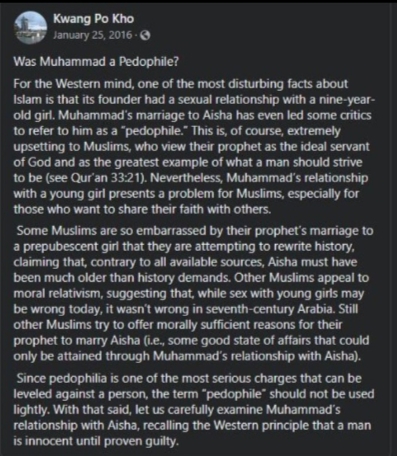 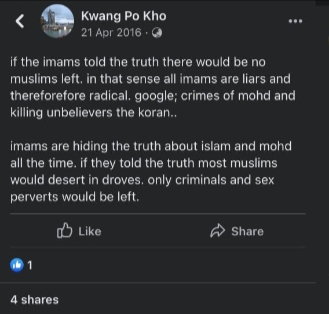 Could we really take the “advice” of doctor with such extremist and radical thoughts? And more importantly, is he even fit to practice medicine? Could we imagine the scenario where he has to treat a Muslim?

A scroll on the Facebook profile of Dr Kho, also revealed more of such radical posts made recently, including one which accused the multi-ministry taskforce of leading Singaporeans to the brink of hell. 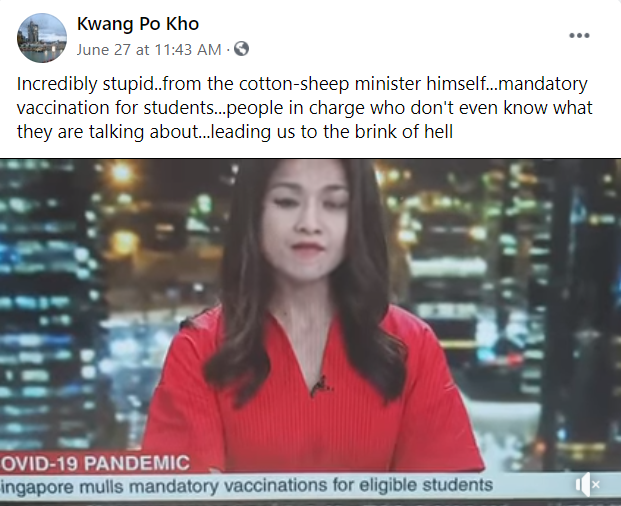 SingPost Repeatedly Returns Parcel to Sender, Does Not Give Reason Why