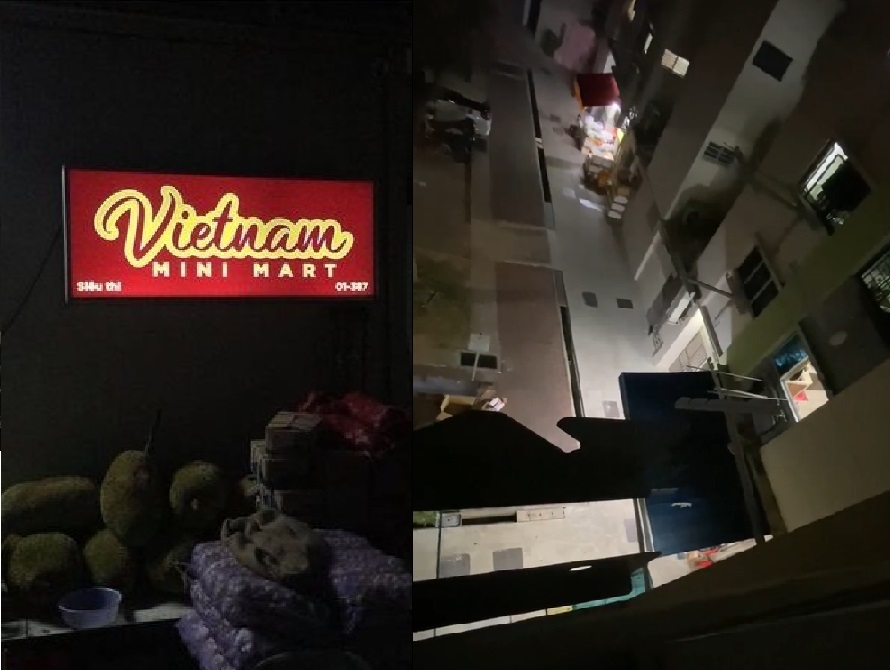 Just when we thought KTV sessions were outlawed, illegal KTVs started sprouting out of nowhere in the most random of places, including restaurants, warehouses, and even homes.

But today, Raymond Ang shared videos on Complaint Singapore of what appeared to be a Vietnamese KTV singing session operating in full swing near his home, where people could be heard singing Vietnamese songs loudly into the night.

These KTV singing sessions were believed to have been held inside a Vietnamese Mini Mart located near Block 110 Yishun Ring Road.

The volume of their singing was so loud that it could be heard very clear several floors above the Vietnamese Mini Mart.

Although no evidence of illegal activities like gathering in large groups were seen, it was believed that several people were taking turns to sing.

Most of the netters who commented, said that it should be reported to the police, as they might well be flouting COVID rules, others said that even if they are not flouting the law, they are really being inconsiderate by turning up the volume like this in the middle of the night.