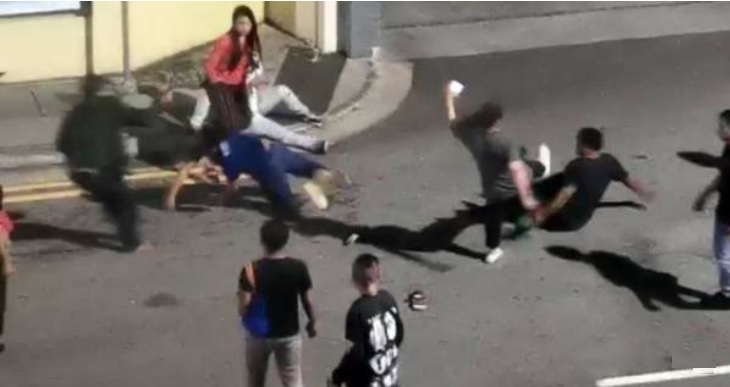 Two groups of people were seen fighting at Lorong 29 Geylang a few days ago all because of cough syrup. They threw fists and kicks at each other, and even brandished cleavers. Thankfully, the police arrived shortly after.

Mr Chia, a 60-year-old security guard who works in the area, witnessed the fight and said that it had involved more than 10 people. He believed that they were friends. He said that it all started when a few of them confronted a man who was lazing by the road. The confrontation escalated into an altercation and soon turned out of control with many people punching and kicking one another.

According to another eye-witness, it is not the first time these people caused trouble to residents and people working in the area. They would often gather at a coffee shop there and cause nuisance. In fact, a brawl had happened between them just two weeks ago over the same matter – cough syrup.

The police has not released further information about the fight but are seeking help from taxi drivers to look out for one of the men who fled the scene in a red taxi. Those who may have come across him escaping from Geylang Lorong 29 that night may want to raise this to the authorities.

Woman Charged for Causing Nuisance While Drunk, Passed Out Dead Drunk While in Court