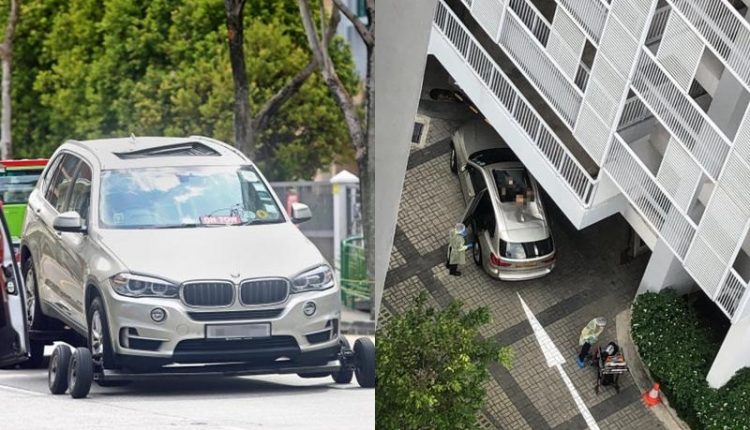 27-Year-Old Man Jumps From 8 Floor Condo Unit After Girlfriend Breaks Up With Him, Dies Landing Inside a BMW

On Wednesday (4th March), a 27-year-old man was suspected to have jumped out of a 8th floor unit at the Interweave condominium after his Thai girlfriend had broken up with him.

Just as the man jumped, a BMW SUV (sports utility vehicle) happened to be making its way into the condominium car park. The man landed on the BMW SUV, smashing through the vehicle’s sunroof before ending up in the front seat area, narrowly missing the 40-year-old driver. The man was pronounced dead at the scene by paramedics.

As the incident happened on a weekday morning, many of the condominium’s residents were leaving for work when they saw the bloodied body of the man protruding from the BMW SUV. Many expressed shock and disbelief.

It took hours before the man’s body was finally extricated from the vehicle. Some residents of the condominium who witnessed the incident commented that the driver was very lucky to have escaped unscathed.

The police has classified the incident as a case of unnatural death. Investigations are ongoing.

Pretty Beer Promoter Gets Warning for Feeding Customer with Beer