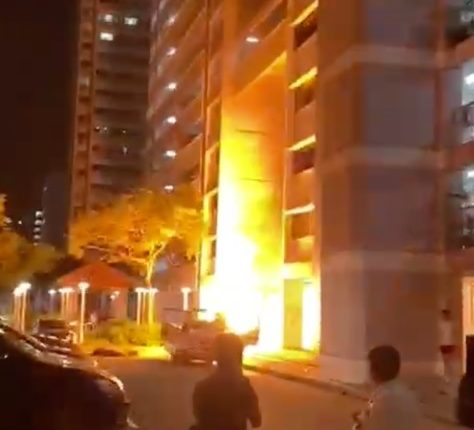 A fire broke out outside a police post near Boon Keng MRT station around 2 hours ago. A 31-year-old man has already been arrested.

Videos of the incident at Blk 105 Towner Rd is making rounds online, with many praising the SCDF and SPF for their quick responses.

A netizen who claimed to have been there said that the man looked very threatening and was shouting a bunch of expletives. He can be seen standing next to the fire and acting crazy. There were allegedly mild explosion sounds as the man threw “more stuff into the fire”.

Thankfully, the netizen said that the SCDF arrived at the scene within 5 minutes and promptly put out the fire. No one was injured.

“I saw a firefighter running towards the fire even though the perpetrator looked and sounded very threatening. I’m so touched by their courage.”

Many others thanked the SPF and SCDF for their immediate response in protecting Singaporeans.

MP Heng Chee How promised that the Police will get to the bottom of this and continue to ensure residents’ safety. Meanwhile, Singaporeans should remain calm and wait for the outcome of their investigation. 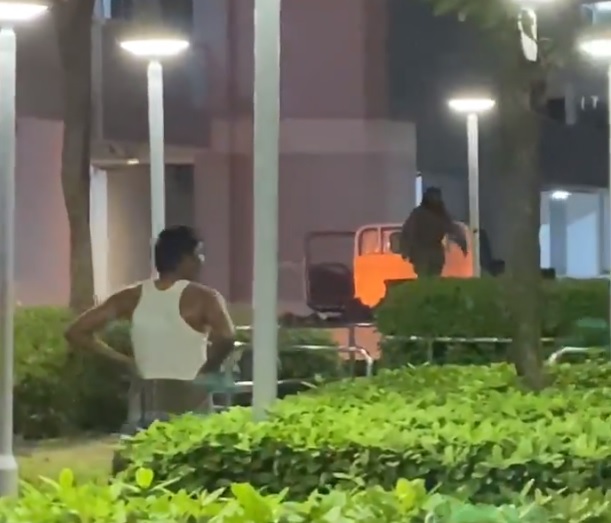 At Towner estate. Was infomed that there was a man who earlier set fire infront of the unmanned Kallang NPP and who was…

Man in Punggol Randomly Kicks Dog and Owner Before Running Away