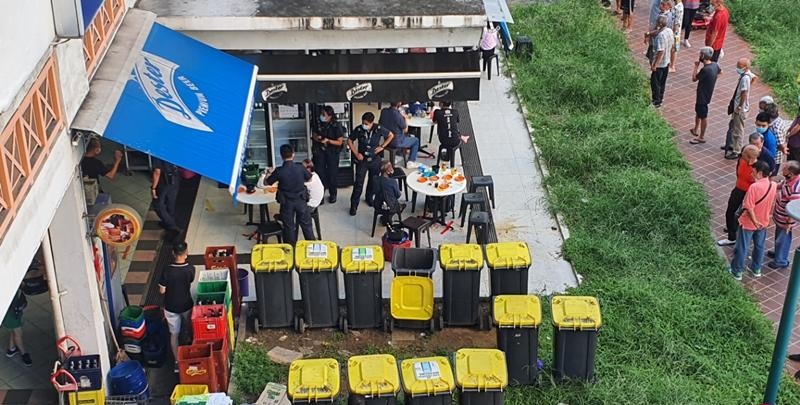 A 68-year-old man who got drunk and harassed a woman in a coffee shop and got his head smashed with a beer bottle by the woman’s husband.

This incident happened just yesterday (28th June), at around 5.34 pm at a coffee shop located at 34 Upper Cross Street.

According to eye witnesses, the drunk man approached a woman seated at a different table and asked her in Hokkien “how much?” (suggesting that she was a prostitute for hire). The woman’s husband was also seated at the same table.

While the couple soon left the coffee shop, the woman’s husband returned not longer later, and smashed the drunk man’s head with a beer bottle, leaving him with a bleeding head.

The 68-year-old drunk man was sent to the Singapore General Hospital for treatment, while the woman’s husband was arrested by the police.

Is Lee Hsien Yang Joining Politics For Singapore or for Himself?