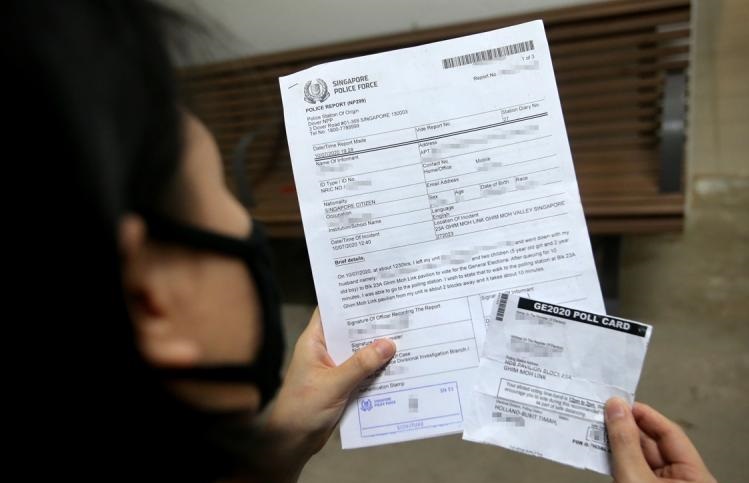 Miss Lin  a 36-year-old accountant, encountered issues while registering at the Polling station located at Block 23A Ghim Moh Link on Polling day (10th Jul) at around 12.30pm.

The computer systems indicated that she had already voted when she clearly did not. When Miss Lin reflected this to the staff stationed there, she was given a blue ballot slip (a tendered ballot paper).

A tendered ballot paper is issued to persons who applies to cast votes even after the Presiding Officer has informed the person that according to the register, the person has already voted.

Miss Lin was later informed by the staff that her vote would not be counted, but will be used in future investigations. She later contacted the Elections Department (ELD), who said that it was the first time that such an incident had happened, and advised her to make a police report.

According to the ELD, if a person has made an application to void the election (under section 90 of the Parliamentary Elections Act), repeat votes cast using the tendered ballot slip would be used for investigations. The person who makes the application to void the election also has the right to propose that the repeat votes be counted as valid votes.