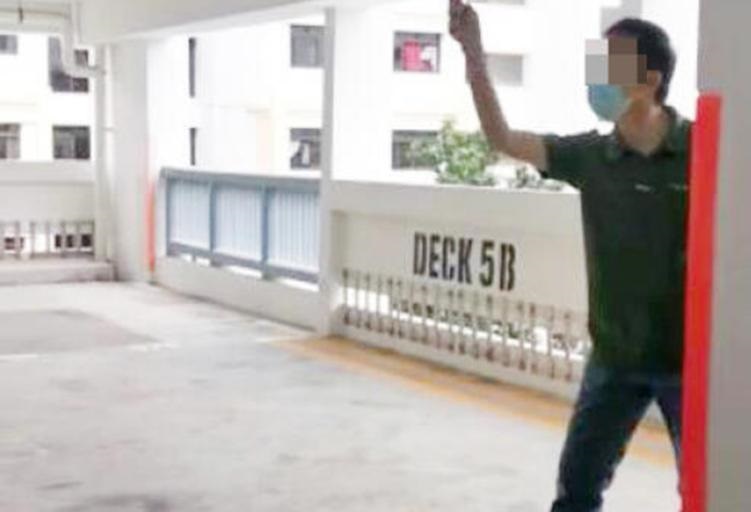 Mr Wong (50-years-old) has been living in his HDB unit at Jurong West Street 65 for the last 12 years, and has good relationships with his neighbours.

Last year, however, he was informed that a neighbour staying upstairs had lodged a complaint to the town council against him for stealing water from the car park at Block 635A.

While Mr Wong initially brushed this off as a case of misunderstanding, he got into nasty encounter with that neighbour one day in the car park.

Last Friday (17th Jul), Mr Wong and his 23-year-old son were wiping their car at the multi-storey car park, when the neighbour had just parked his car at the same level. Mr Wong claimed that as soon as their eyes met, the neighbour began shouting vulgarities at him and gave him the middle finger.

However, when reporters interviewed the neighbour, Mr Cheng, he claimed that Mr Wong had started scolding vulgarities at him first and accused him of finding trouble with him.

Speaking to reporters, Mr Cheng clarified that he has never made a specific complaint against Mr Wong, but had merely reflected to the Town Council that someone might be stealing water from the car park.

The West Coast Town Council said that they have temporarily cut water supply to the car park, and that the police is currently investigating the case of water theft.