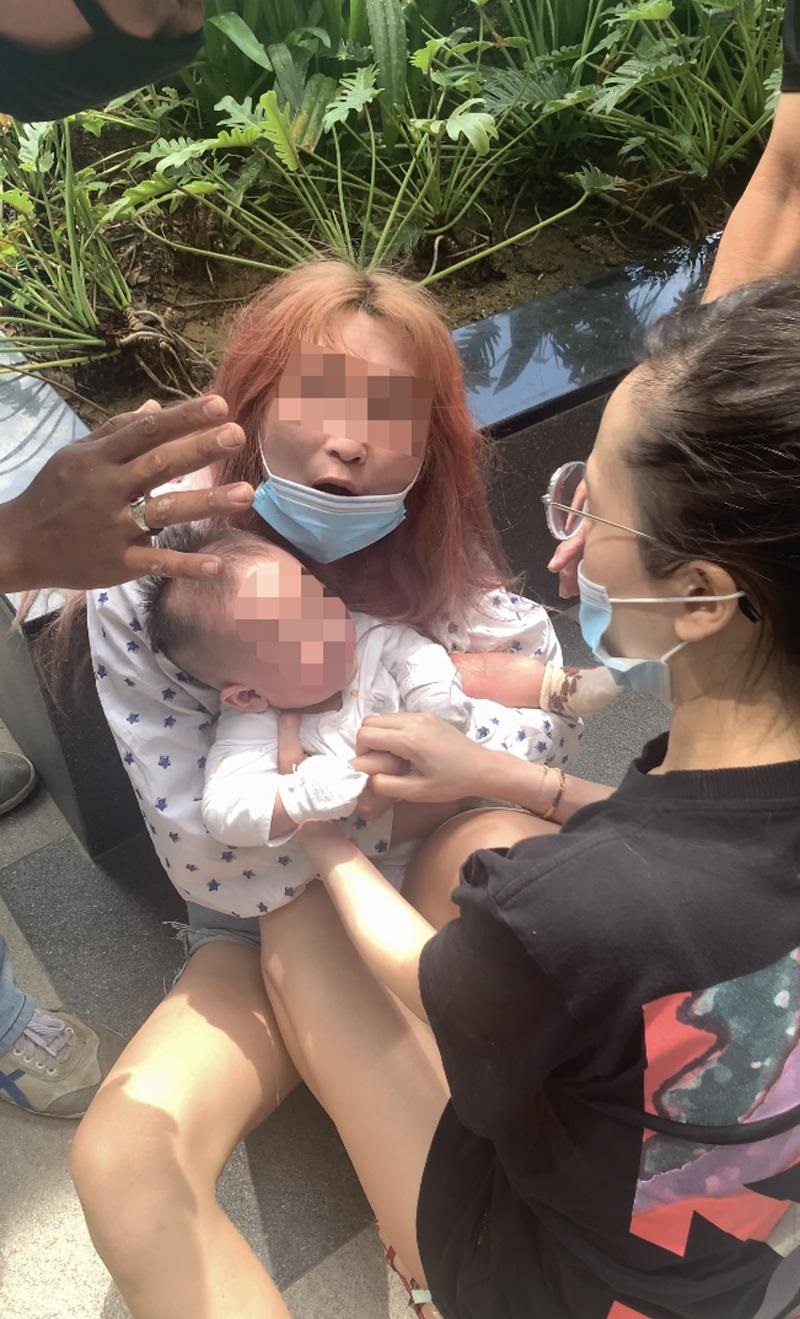 Yesterday (20th Jul) at around 1.40 pm, a fight broke out between a husband and his wife at a Toa Payoh condominium. Both parties were seen pulling and grabbing their son (a four month old toddler) during the fight.

It was gathered that the wife 24-year-old Mdm Wong was visiting her son at the condominium unit, but later got into a fight with her husband and sister-in-law, and decided to make a police report.

According to Mdm Wong, she arrived in Singapore in 2018 to work in a night club, where she met her husband. The pair got married in November last year, just after a year of courtship. However, things turned sour just one month into the marriage, and the couple has been living separately ever since. Mdm Wong also claimed that her husband has a mistress.

However, 35-year-old Mr Lo (the husband) refuted his wife’s claims, and told reporters that his wife did not care much for their son, and only used him to get money from him. He added that his wife demanded a lavish and luxurious lifestyle soon after giving birth, eating only Wagyu beef, and needed a private chauffeur to drive her around.  She also demanded branded bags and items on top of her monthly allowance of $1500.

The case is currently under police investigation.

Woman Gives Fantastic Response to Neighbour who Complained about her Baby