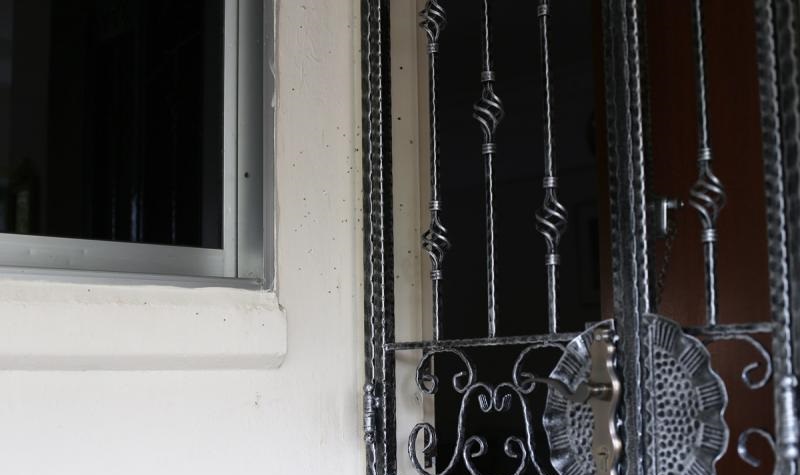 74-year-old Letchmi was reading newspapers in her kitchen one afternoon when she suddenly heard a loud bang. After opening her front door, she discovered numerous tiny holes on her wooden door and metal gate.

She later got to know that the tiny holes were in fact bullet holes, caused by the crow shooter downstairs who had accidentally shot at her front door with his rifle. This frightened Letchmi so much, that she decided to make a police report immediately.

It was gathered that the crow shooter 23-year-old Mr Kow Eric and his safety officer 27-year-old Mr Goh were conducting a crow culling operation on 12th Feb of last year (2019) at Block 661 Hougang Ave 4. Kow was shooting at the crows on the tree when he accidentally shot at the front door of Letchmi’s HDB unit at the second floor. The safety officer Goh was not present when it happened.

Woman Wrongly Steps on Accelerator and Crashes into Two…

Glass Cup Explodes on Woman’s Face as She was…