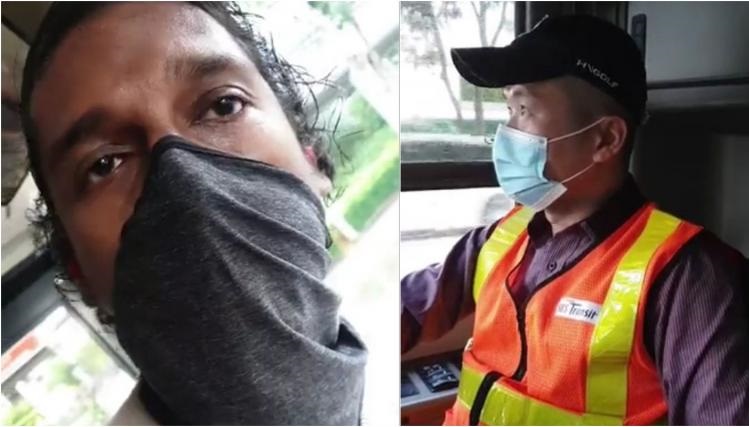 A man was stopped by the bus driver from boarding the bus as he was wearing a neck gaiter instead of a proper mask. Instead of complying, the man not only spewed vulgarities at the bus driver, but also started a Facebook live stream of the incident.

In the 15min live stream, the man identified as Nimal De Silva, scolded the bus driver for being a hooligan and said he wanted to make him famous, before continuing to cause a scene in the bus.

The bus driver could be seen calling the control center for help, asking if the man who was wearing a neck gaiter instead of a proper mask was allowed to board the bus.

A passenger who witnessed the incident decided to offer Nimal a mask to defuse the situation. However, Nimal rejected the offer, and said that he will not bow down to the hooligan of a bus driver.

The passengers of the bus were later asked to alight, with the bus driver repeatedly apologising to them, explaining that it was a regulation set by the authorities for all passengers to wear a mask before boarding the bus.

Towards the end of the incident, police officers could be seen attending to the scene.

Lorry Hits Trailer Parked by the Road Side at High Speed, Lorry Driver Dies From Injuries