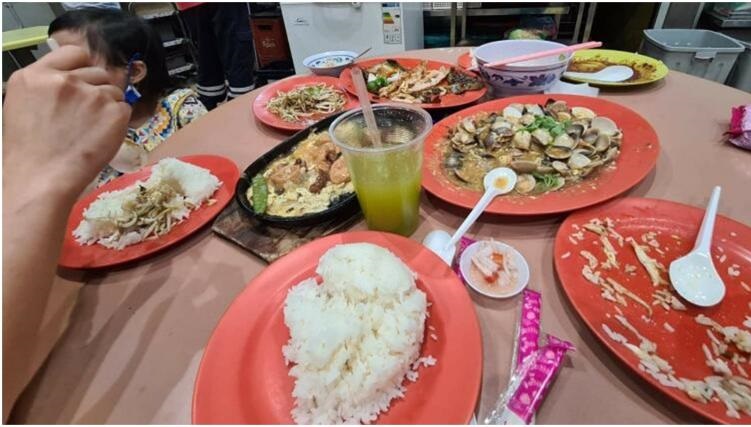 On Saturday (12th Sep), 38-year-old Mr Guo brought his whole family out for dinner at the Pasir Panjang food centre, and had ordered four small portions of dishes at a barbeque seafood stall and was charged $69.

However, Guo found it weird that he was charged so much ($69) for four small portions of dishes. He only realized that his order had been changed to four medium sized portions when the first dish arrived.

When Mr Guo confronted the stall holder about the order, he was told that his dishes had been “upsized” as he had ordered four plates of rice.

While the stall holder had refunded the difference of the order of $21, Mr Guo was unhappy with the stall holder’s attitude and decided to make a police report against her.

Netter’s reactions to the incident were mixed, with some saying that the stall holder should not have changed the customer’s order without his consent. There were also others who said that Mr Guo had overreacted. One “Yee Hsien Wuang” commented that as long as Guo does not patronize the stall, everything will be okay. Yee also added that one should always “live and let live”.