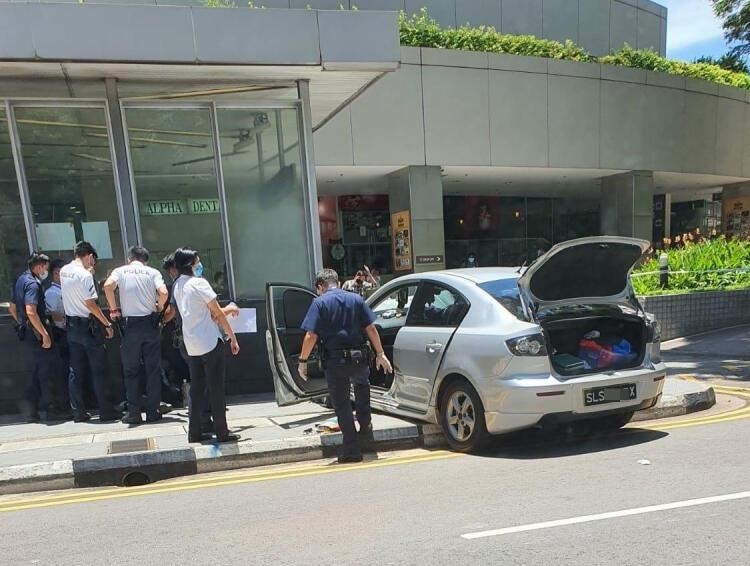 A silver Mazda sedan suspected of evading a police chase hit a taxi before crashing into a MRT station. A female police officer who arrived at the scene tried to direct road traffic, but was knocked down by a passing SUV.

According to witnesses at the scene, after the silver Mazda crashed into the MRT station, police officers arriving at the scene started sealing off the area. A 32-year-old female police officer who was directing traffic at that time, was knocked down by a SUV, and had to be taken to the hospital in an ambulance.

A police spokesman said that a 38-year-old male driver and a 29-year-old male passenger of the silver Mazda sedan was sent conscious to the hospital. He also added that a 36-year-old driver of a SUV was arrested for dangerous driving causing hurt.