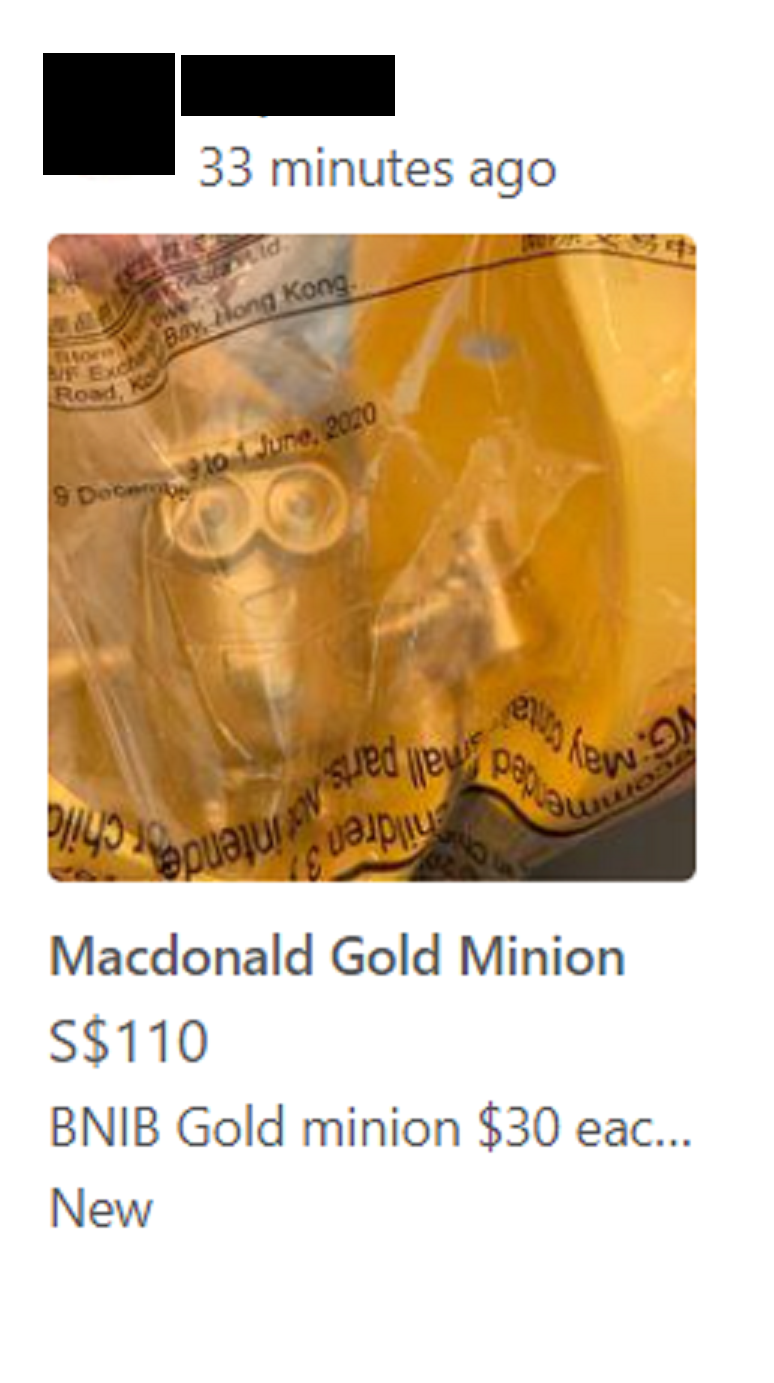 McDonalds in Singapore launched their new series of Minion toys which are up for grabs whenever a customer purchases a happy meal. Among the different designs, the most sought after were the limited edition golden Minions.

In fact these golden Minions were so sought after that online resale prices of these toys reached a staggering $188. A search on online buy/sell portal Carousell would show many users selling these Minion toys from prices ranging from $25 for each Minion toy, to full set of 35 Minions for $188. 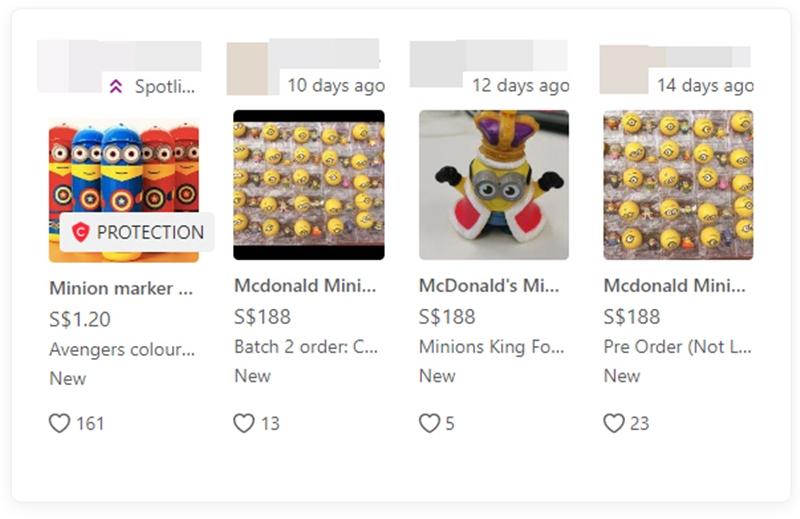 Some members of the public who were interviewed said that they will never spend $188 for these toys, and would rather use the money for a good staycation. One Miss Wong said that while there would be others who buy them out of impulse, they would certainly regret it afterwards as these toys are not worth that kind of money.

67-year-old Retiree’s Car Gets Repossessed by Finance Company, Retiree Claims He Did Not Miss His Loan Repayments