Barely two months ago on 11th September, human rights activist and lawyer M Ravi posted on his Facebook that he had a wonderful lunch with Lee Suet Fern, where he praised her for being a kind soul and called her a great friend.

However, M Ravi appears to have a radical change of opinion about Lee Suet Fern, when he posted on his Facebook today (4th Nov) about a lunch he had with Lee Suet Fern, Lee Hsien Yang, Lim Tean, and Terry Xu. 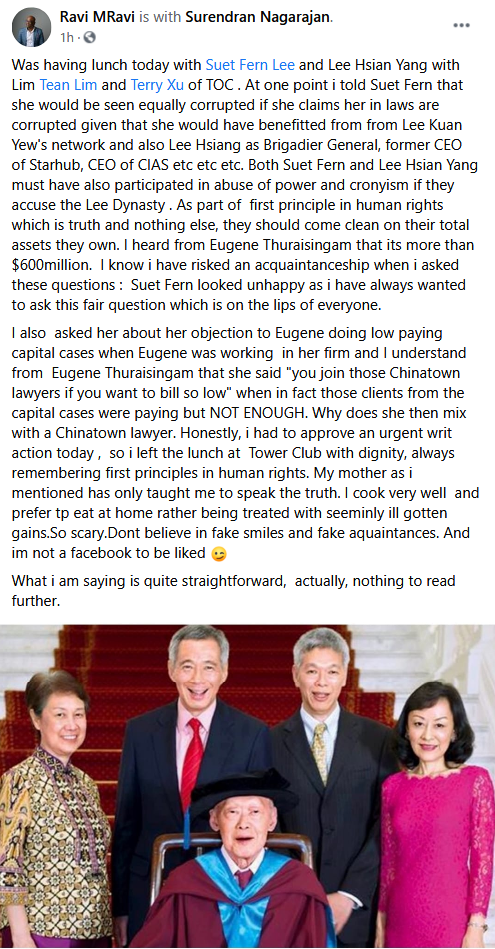 “You join those Chinatown lawyers if you want to bill so low”.

M Ravi ended the post by saying that while he ended the lunch with dignity, he now prefers to eat at home rather than being treated to a meal with seemingly ill gotten gains, and that one should not believe in fake smiles and fake acquaintances.