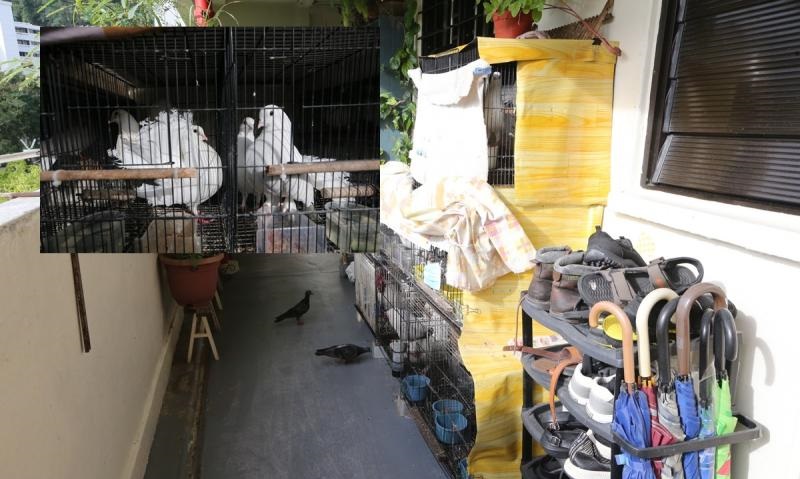 The owner of the birds is 55-year-old animal lover Rudi. Speaking to reporters, Rudi said that he bought a pair of fan-tailed pigeons three years ago, which kept reproducing. He said that even after giving away some, he was still left with 22 of them.

Rudi said that so far, no neighbours have complained to him about the birds. He said that the neighbours were mostly used to the birds in the corridor, and some would come over to his place to look at the birds.

Regardless of this, Rudi said that he will stop letting the pigeons reproduce, so as to avoid overcrowding the corridor with them.

Bus Driver Shouted at Woman for Wearing Mask Underneath Her Veil