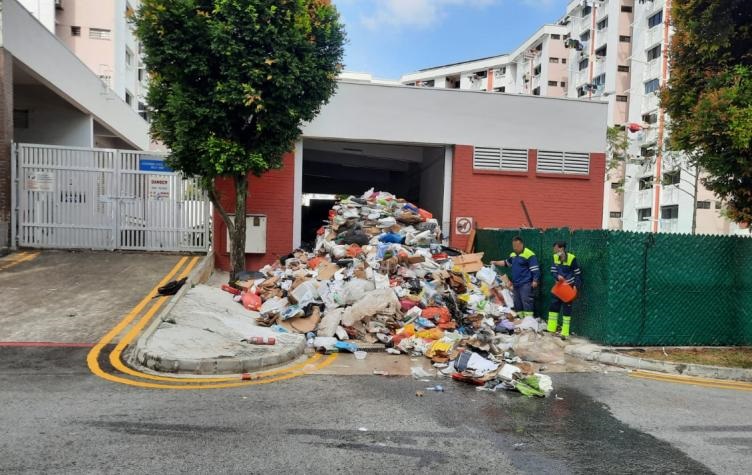 A driver of a recycling truck dumped the whole load of recyclable rubbish onto a public refuse collection point, as he was trying to put out a fire that started in the truck. A cleaner who spotted this, confronted the driver, and later got into a physical altercation with him.

This incident happened yesterday (4th February) at around 10am in a HDB estate located at Jurong West Ave 1.

Mr Tan who lives near the refuse collection point, said he heard people shouting downstairs, and saw a cleaner being beaten up when he looked out the window.

The cleaner added that, even after apologising twice to the truck driver, he just kept hitting him. He said shortly after, police officers arrived at the scene shortly and stopped him.

When contacted by reporters, the recycling company said that they are currently investigating the incident.