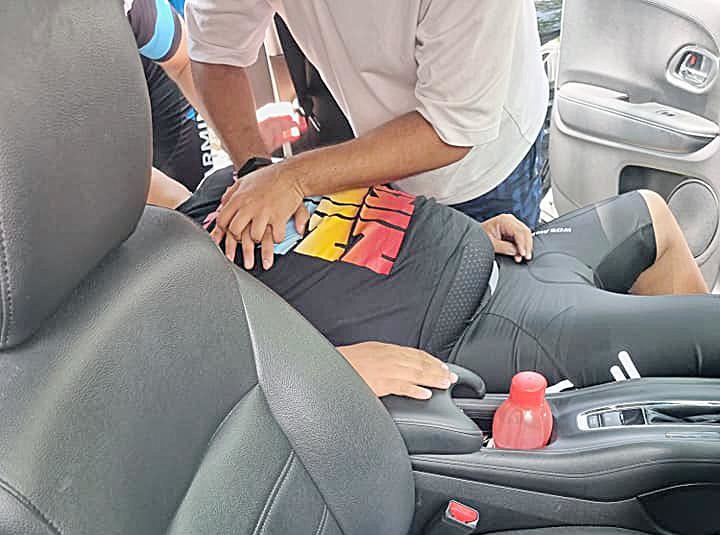 A man who was cycling with two of his friends suddenly had a heart attack and collapsed. Two passersby who witnessed this, intervened and helped save the man’s life.

This incident happened on Sunday (14th March) at around 11am, at the carpark located near the Changi Village Food Centre.

It was gathered that the trio had cycled from Yishun to Changi Village that morning.

Shortly after, the 37-year-old cyclist started gasping for air, and was struggling to breathe. A nurse and her boyfriend who happened to pass by saw this, and helped perform CPR on the cyclist, while waiting for the ambulance to arrive.

A SCDF spokesman said that a man was sent to Changi General Hospital for treatment that morning at around 1130am.

The 37-year-old cyclist has since undergone a successful surgery, and is currently recuperating in the ICU.