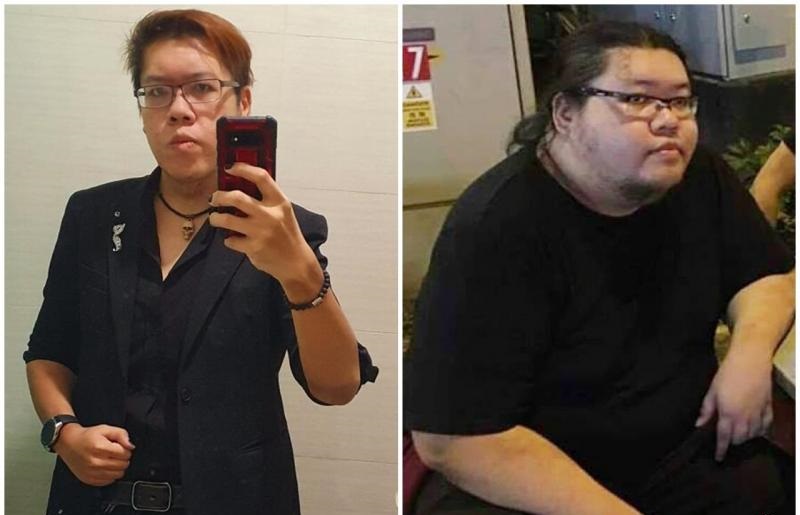 A man found a creative way of losing weight while earning some extra cash. 37-year-old Riz a former chef loved to eat fast food, and eventually ended up weighing over 200kg.

An avid cyclist, Riz decided to quit his job as a chef, to become a food delivery rider to help him lose weight.

In the four years since he became a food delivery rider, Riz has lost over 120kg, dropping his weight down from 200kg to just 74kg.

According to Riz, he has struggled with weight issues all his life, and was often called “little fatty”. His weight ballooned after he found a job as a chef at an Italian restaurant. This got worse after he left his job as a chef, and was idling away at home and binging on food.

While he first started cycling in neighbourhood parks, Riz later decided to become a food delivery rider, which allowed him to cycle all over Singapore and earn some money.

When Riz first started out, he struggled to cycle even 40km a day, but he now averages 80km daily, five days a week without breaking a sweat.

Admittedly, Riz says that he is still tempted by durians, and often has cheat meals with durians during the durian season.

Beer Lady “Chopes” Tables for Her Customers, Gets into Argument with Man Who Insisted on Sitting Down