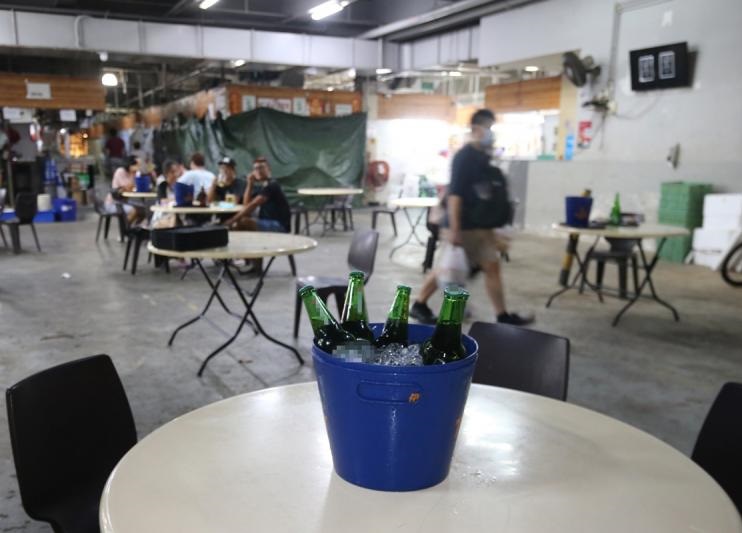 Beer Lady “Chopes” Tables for Her Customers, Gets into Argument with Man Who Insisted on Sitting Down

A man in his 60s who wanted to have his meal and drinks at a food court got into a heated argument with a beer lady who had apparently “choped” four tables using beer buckets.

Speaking to reporters, the 60-year-old man known as Guang, who lives nearby would often come to the food court for drinks with his friends. Guang said that last night was the first time he was denied seats by the beer lady.

He added that after he sat down at one of the “choped” tables, the beer lady came running over, telling him that the tables were reserved, and tried chasing him away.

This made Guang so angry that a heated argument ensued, which lasted about 30 minutes, before police officers arrived at the scene to stop them.