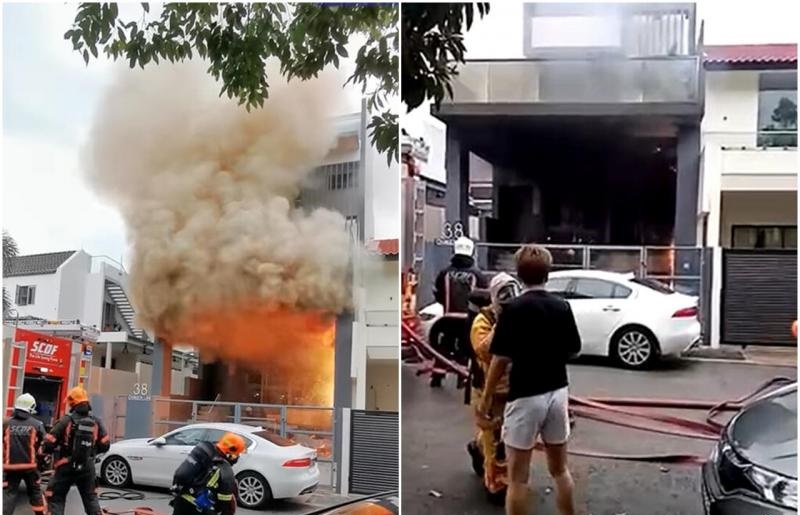 A family of four was unaware that the electrical box of their house located at the front yard suddenly caught fire. It was only after their neighbours started shouting “Your house is on fire!!!”, that the family woke up and managed to escape unharmed.

This incident happened yesterday (4th April) at around 840 am, at a terrace house located along Charlton Lane.

From footage captured by residents nearby, black smoke could be seen coming out from the front yard of the house, followed by large flames seconds later, which swallowed the entire front yard.

The SCDF responded very quickly, and was able to put out the electrical fire safely, saving most of the family’s three storey terrace house.

According to the SCDF, the family of four had already escaped by the time they arrived. The cause of the fire is still under investigation.

26-Year-Old Indonesian Domestic Helper Falls to Her Death, Minutes After Texting About Dizziness to Friends