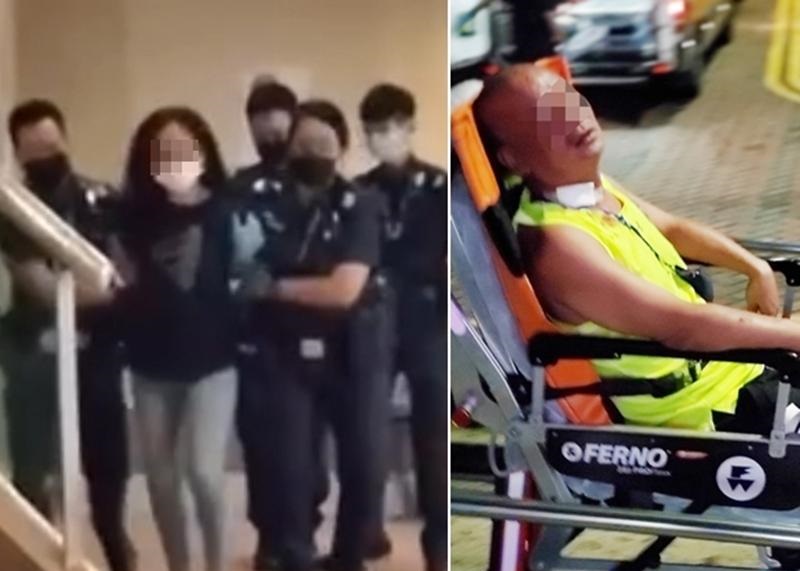 A woman who was suspected of having a grudge against a man, for defending a beer lady from her attacks, was stabbed in the neck with a smashed beer bottle.

According to eye-witnesses, the middle aged woman was seen scolding the man for over two hours, when she suddenly smashed an empty beer bottle and stabbed the man in the neck with it.

The police said they received a case of causing injury last night at around 9.50pm, involving a 55-year-old woman who stabbed a 57-year-old man in the neck with a broken beer bottle.

The 57-year-old man was sent conscious to the hospital for treatment, while the 55-year-old woman was arrested for voluntarily causing grievous hurt.