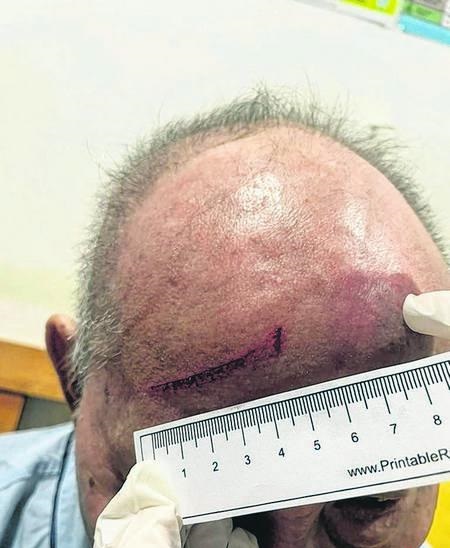 An elderly man suffering from dementia was allegedly attacked by his room mate in the nursing home, prompting the police to launch an investigation.

From the photos taken by the nursing home staff, Mr Lin’s father appeared to have sustained a 4.5cm long scar on his forehead, as well as cuts on his right hand. There were also photos of a broken plastic cup, which Mr Lin suspects could have been the weapon used on his father.

When Mr Lin last visited his father at the hospital, he was still in a state of shock. When asked about the attack, Mr Lin’s father could only say “fall” and “big brother wants to kill me”.

The police confirmed that they received a case of voluntarily causing hurt, and that a 78-year-old man was sent conscious to the hospital for treatment. Investigations are ongoing.