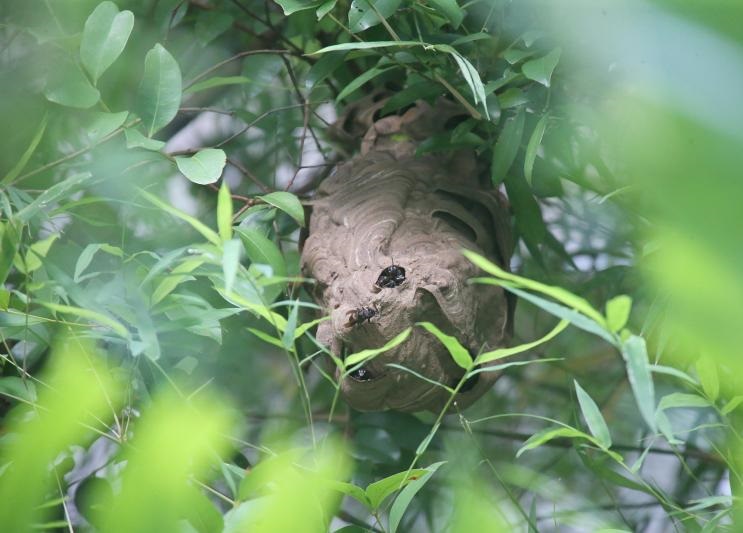 A landed house owner in Simei made a shocking discovery of a large hornet’s nest as big as a durian, up on a tree located in their neighbour’s backyard.

60-year-old Madam Tan said her maid discovered the hornet’s nest one day while cleaning the house. She said that according to the position of the hornet’s nest perched up on the tree, it will likely land in their own backyard if it falls.

Fearing for the safety of her family members, Madam Tan approached the neighbour whose tree contained the hornest’s nest, requesting that they should remove it for their safety.

According to Madam Tan, there are now hornets flying into her level 3 master bedroom toilet every day. She added that she and her husband are now too scared to use that toilet anymore.

A nearby resident (who wants to remain anonymous) said that the hornet’s nest is a ticking time bomb, which will endanger all residents nearby. She hopes that her neighbours can quickly resolve the issue, and engage a professional to remove the nest.

Speaking to reporters, pest control company Q Vector’s owner Mr Wong said that based on the size of the hornet’s nest, there could be hundreds of hornets inside. He explained that these hornets are capable of causing very serious injuries, and that the nest should be removed as soon as possible.