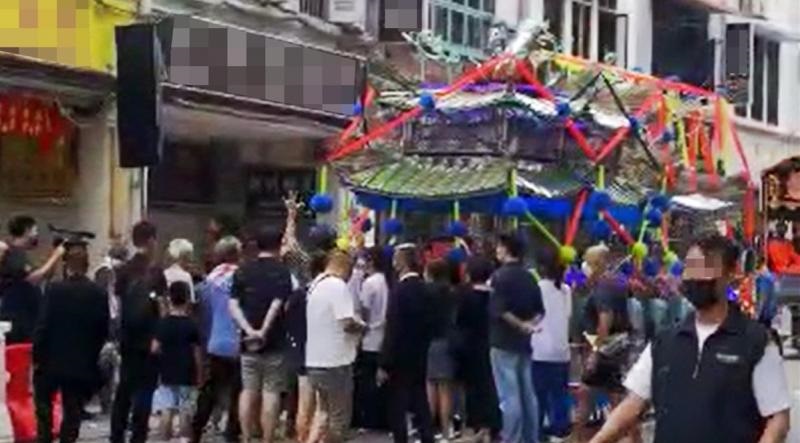 A funeral procession is accused of violating safe distancing rules, by allowing more than 20 people to gather and follow the funeral hearse, while chanting and shouting gang slogans.

This incident happened on Wednesday (26th May) at around 3pm, at the areas along Havelock road and Beo Crescent.

Based on a video of the funeral procession uploaded on Facebook, there were four cars with bright LED signs with words “Big Brother” and loud music leading the procession, which was followed by the hearse and bus carrying friends and family of the deceased.

The procession reportedly stopped outside a shophouse, and a man wearing a grey shirt raised his arms, and started shouting gang slogans. Many from the crowd following the hearse also followed by shouting the gang slogans.

The police have confirmed that they are investigating the case.