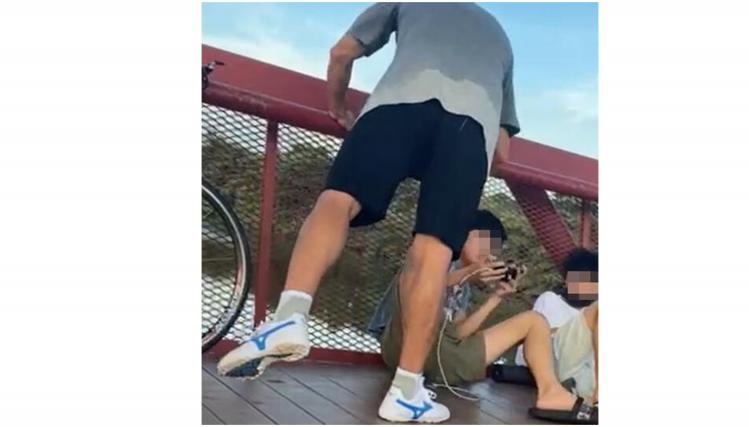 A 13-year-old boy was taking a break at the bridge in Lorong Halus Wetland Park with a friend after their cycling session, when they encountered an angry man, who hit his friend on the head, accusing them of blocking the way.

A video of the incident which was uploaded on Facebook, showed that the uncle had confronted the boys for blocking the path of the cyclists on the bridge by sitting with their legs stretched out. When one of the boys told him to stop his scolding, the uncle then reprimanded them for having no manners.

The uncle later flew into a rage after he saw that the boys had no intention of apologising, and hit one of the boys in the head, while continuing to scold vulgarities at them.

According to the 13-year-old boy who filmed the incident, the uncle who looked to be in his 50s, hit his 14-year-old friend in the head, after he refused to apologise and continued playing with his phone. He added that they were only trying to rest after they got tired from cycling, and did not mean to cause any trouble.

Many netters commented that no matter the wrong, the uncle should not have hit the boy. However, some members of the public who frequent the area commented that it was dangerous for the boys to be sitting on the bridge, as there can be many cyclists going through the bridge.